My performance consisted of three elements: myself, an institutional wall clock, and a 5’x8’ sheet of plate glass. The sheet of glass was placed horizontally and leaned against the wall at a 45 degree angle; the clock was placed to the left of the glass at eye level. When the performance began, the clock was running at the correct time. I entered the room and reset the clock to twelve midnight. I crawled into the space between the glass and the wall, and lay on my back. I was prepared to lie in this position indefinitely, until one of the three elements was disturbed or altered. The responsibility for ending the piece rested with the museum staff, but they were unaware of this crucial aspect. The piece ended when Dennis O’Shea placed a container of water inside the space between the wall and the glass, 45 hours and 10 minutes after the start of the piece. I immediately got up and smashed the face of the clock with a hammer, recording the exact amount of time which had elapsed from beginning to end. 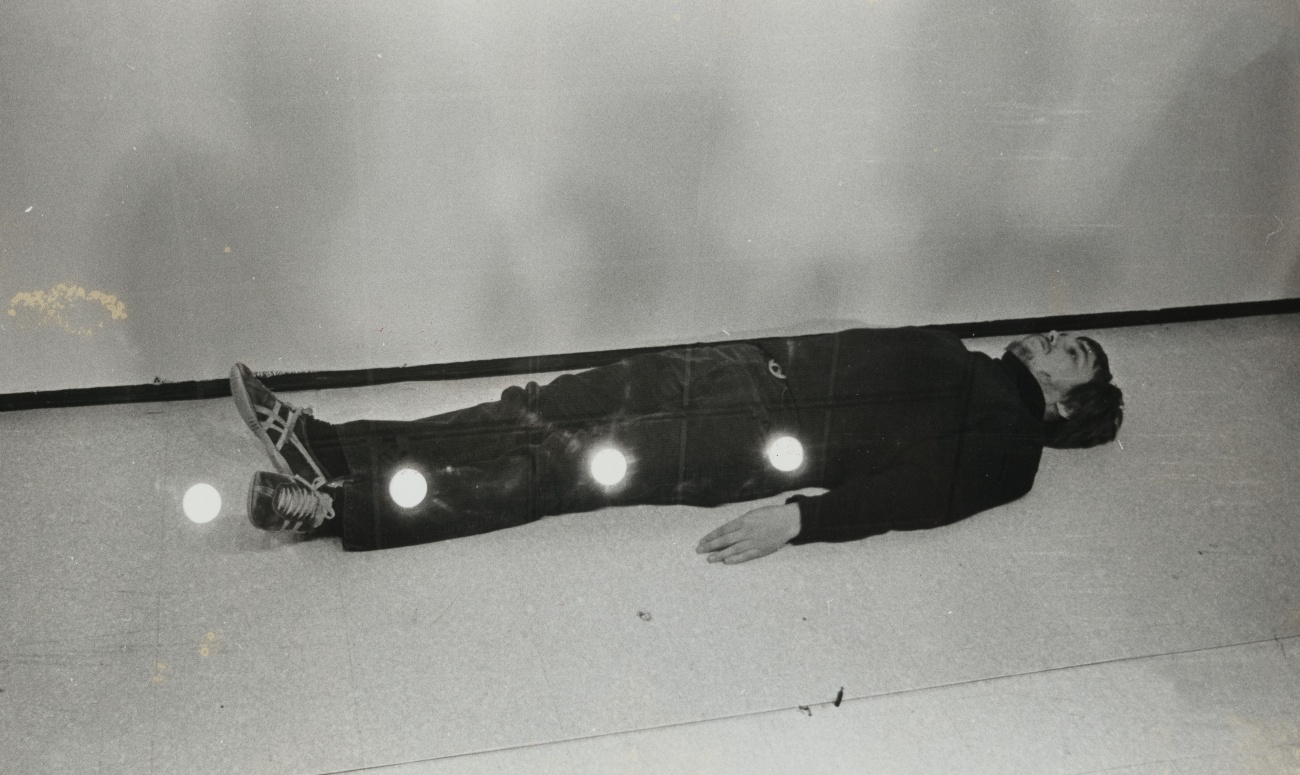 Nearly fifty years ago, in 1971, the artist Chris Burden spent five days in a locker at the University of California, padlocked in and with no space to move, or sleep. In the locker just above, he stored five gallons of drinkable water, and immediately below, he stored his urine. Barbara, his wife, slept on the floor outside, in case the 60 x 60 x 90 cm space became too small to bear. Visitors came and went, sometimes conversing with him and sometimes beating the locker with their fists, and although Burden could hear everything they said, he could not see them; in the documentary Burden, released in 2017, there is an audio recording of him talking to two giggling female students while in situ. ‘I’m an artist,’ he informs them. ‘This is an art piece.’ When one girl asks if he feels ‘like a hamster or something,’ he laughs. ‘Sure do,’ he admits, ‘I feel like an animal.’

If being confined for the duration of his college show made him feel like an animal, it also helped Chris Burden to announce himself as an extreme new voice in art, divisive and electrifying. When The New Yorker Peter Schjeldahl asked him later why he did it, he said that he wanted to be taken seriously as an artist, as if self-inflicted suffering and solitary confinement were acknowledged shortcuts to artistic legitimacy, and not the actions of a madman or a monk. Like many geniuses, he knew that the ability to transform inner suffering into external metaphor can make great art, the personal becoming broad and universal as it passes through the clean, refracting prism of a concept. The physical aspects of his work appear, at first blush, to be as senseless and unthinking as most violence; what allows them to endure as artworks is the way that this appearance is itself reflective of, and thus elucidative of, an American tendency towards brutality, spilling over into sadomasochism.

‘Everybody has fantasised about being shot, either consciously or unconsciously,’

he claims in Burden. ‘It’s as American as apple pie, the idea of being shot or of shooting people.’

Whether or not Burden’s bold assertion that we have all fantasised about ending up on the wrong end of a firearm holds water, he is right that there is something typically American about the championing of guns; born in Boston one year after the end of the Second World War, he began his practice in the final years of Vietnam, ensuring that his early life was steeped in conflict. 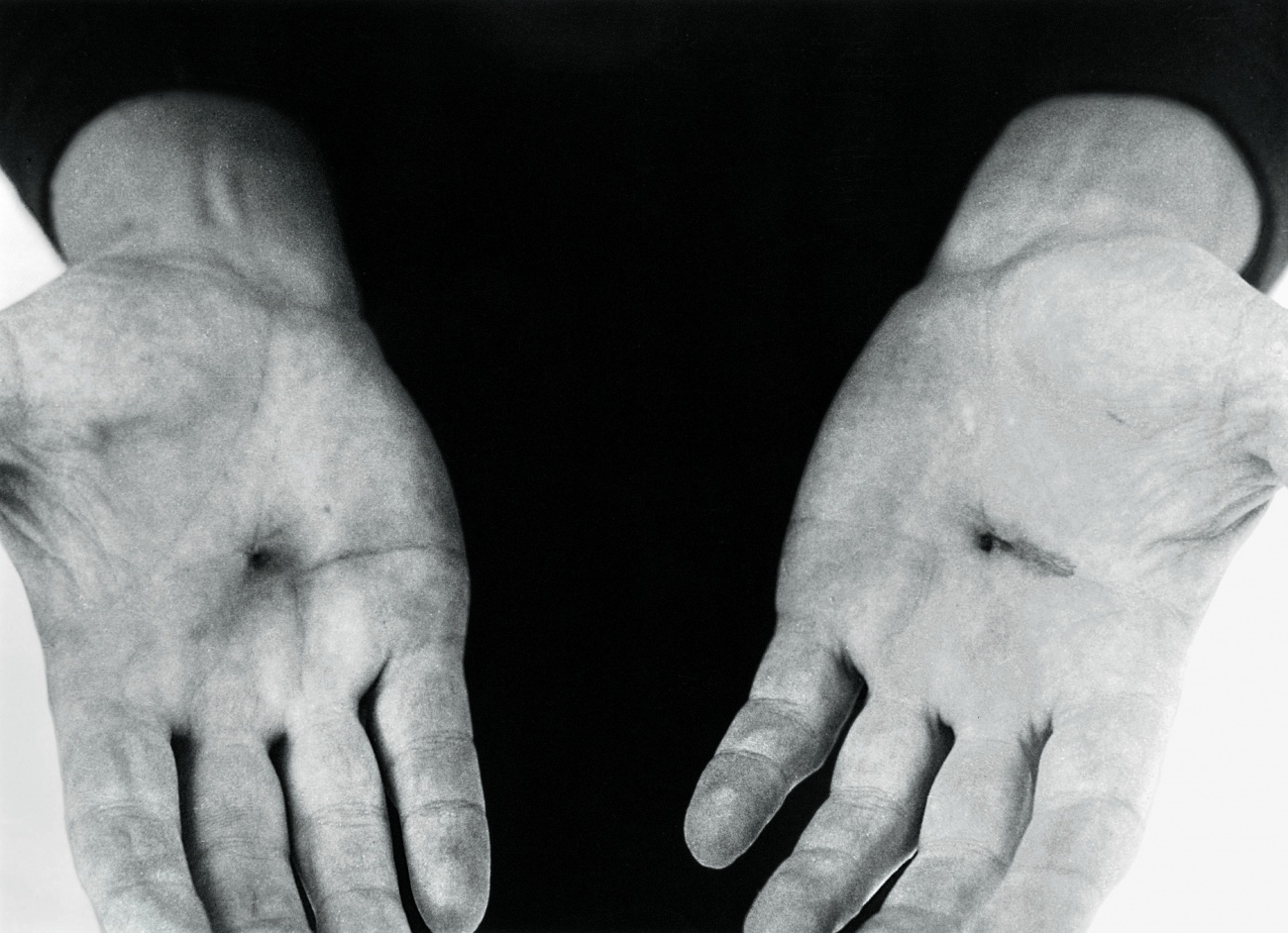 Gradually, his work became ever-more fixated on physical discomfort: he filmed himself being shot, being nailed to the roof of a VW Beetle, being kicked down several flights of stairs et cetera., earning himself a reputation as a nihilist. Word of mouth was as integral to the work as its construction, the maximal nature of these self-imperilling performances generating the kind of gossip that begat a legendary status. Never mind that Burden’s friend had claimed to be a better marksman than he was, and that the bullet was supposed to sail right past him — never mind that for the 1973 piece where he dragged his naked body, arms bound tightly at his back, across those shards of broken glass, he used the kind designed to crumble rather than to pierce the skin. What Burden induced in the viewer was a sense of his or her continual nearness to oblivion, the idea of pain as inescapable and sempiternal: his performances were part somatic, part shamanic. Schjeldahl saw him as a poet, each work capable of being summed up in one or two crisp, elegant lines, as balanced in their lucidity and their power as a haiku. ‘Burden adventured alone in wilds that aren’t outside civilized life but that seethe within it,’ he wrote in 2015. ‘He coolly structured convulsive experience.’

‘I’m not about death and I didn’t want to die,’ Burden told a TV interviewer, ‘but I wanted to come close, okay?’

Such is the paradox of the self-injurious performance artist: death preoccupies them, but quite often they are courting it in order to feel or to demonstrate the fact that they are still alive. The Freudian death-drive, Slavoj Žižek has insisted, has less to do with a desire for self-annihilation than it does with an intense, undying longing to chase pleasure or sensation that remains just out of reach, an ‘uncanny excess of life.’ ‘Humans are not simply alive,’ he writes in The Parallax View, ‘they are possessed by the strange drive to enjoy life in excess, passionately attached to a surplus which sticks out and derails the ordinary run of things.’ Burden’s perfervid need to break and bend and otherwise wreak havoc on his body was, on one hand, an expression of the agony experienced by a nation who could not forget the things they did, for God and country, to civilians and children in a land they did not conquer. On the other, it was an intense and fascinating way for him to enact an ongoing pas de deux with his mortality, each new success seeming to make him more determined to explore the furthest edges of physical possibility.

He liked, but did not feel a particular kinship with, Evel Knievel, the stunt rider who apocryphally broke every last bone while leaping mountain lions, rattlesnakes, cars and cargo vans on a Harley-Davidson XR-750. ‘Evel Kneivel is a stuntman,’ he insisted, after being described as ‘the art world Evel Knievel’ one too many times, ‘and he makes a stuntman’s kind of art. He’s a trickster, and I’m not a trickster. Everything I do is for real.’

In addition to a hard-headed commitment to the authenticity of his seditious, wild-card image, he had a keenly-developed eye for actual aesthetics —

he wrote in a letter to the editors of Avalanche, an avant-garde art magazine, when publicising Shoot. ‘I hope to have some good photos.’ In a shot from the immediate aftermath, his gaze fixed firmly in the middle-distance, his expression is inscrutable, half stunned and half coolly detached. He is, of course, right about what he has produced: it is a good photograph, a compelling portrait of the artist not just as a young man, but as a man young enough to feel that he has proved his indestructibility by brushing against death. Burden always looked a little more juvenile than his age, his baby face lending itself to images that positioned him as a counterculture brat, a personification of the male American id;

when he appeared on a local TV show in 1972 for TV Hijack, a performance in which he held up a knife to the throat of his interviewer and commandeered the channel, he wore head-to-toe white, dirty Chucks, and opaque aviator glasses, looking as much like a disinterested rock star as an artist. His fearlessness and relentlessness must have made him seem, to older, more sedate practitioners, as dangerous as The Sex Pistols seemed at first to Beatles fans.

Burden’s work with television reached its logical conclusion, not to mention its apotheosis, one year later with the first in his TV Commercials series: running from 1973 to 1977, the ad spots ranged from humorously self-aggrandising comparisons between himself and some of history’s greatest artists to a video of his half-naked broken glass performance, their collective aura one of prankish, punk disruption. ‘During the early seventies I conceived a way to break the omnipotent stranglehold of the airwaves that broadcast television had’ he wrote. ‘The solution was to simply purchase commercial advertising time and have the stations play my tapes along with their other commercials.’ 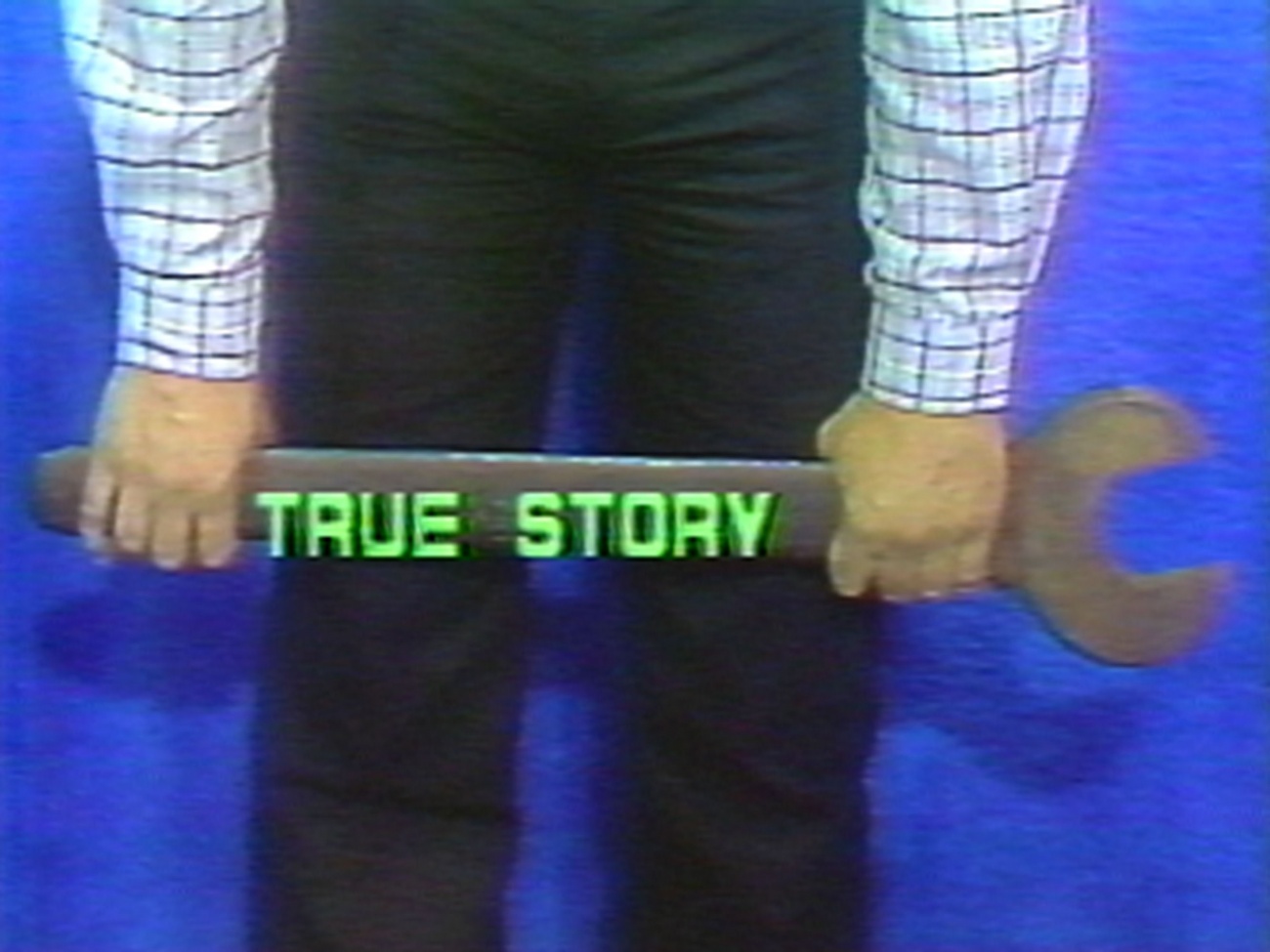 In an interview, he had another, funnier justification: the work, he suggested, ‘came out of a long-standing desire to be on television.’ Burden, in light of his understanding of the classic American triptych of war, guns, and television, may not simply be one of the best American artists in contemporary history, but one of the most American artists in the pantheon of contemporary art. Definitive proof, if it were needed, might in 2020 be seen to be found in 1994’s unsettling and portentous L.A.P.D. Uniforms, a show conceived immediately after riots swept Los Angeles in 1992 in a direct reaction to police brutality aimed at Black citizens: thirty uniforms sized up by roughly ten percent, ‘fully equipped with a regulation belt, holster, baton, handcuffs, 92F Beretta handgun, and a copy of the official badge,’ hang empty on the gallery walls, as dark as black holes, as intimidating as if they were occupied by thirty men. When Burden said that all Americans had fantasised about being shot, he was being deliberately, provocatively irreverent. Mounting L.A.P.D. Uniforms, he made a clearer, more incisive statement about exactly which group of Americans had to reckon with the daily threat of violence most. 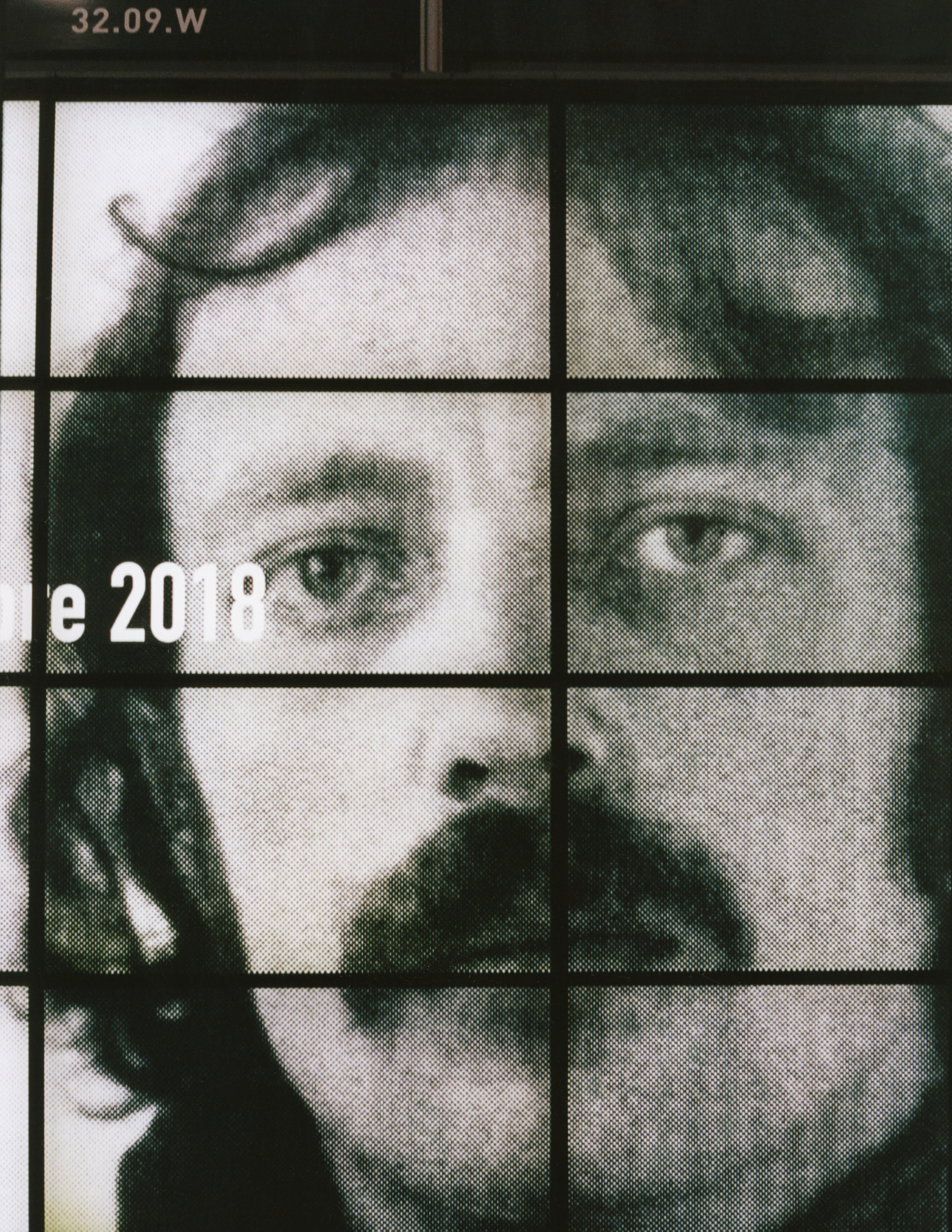 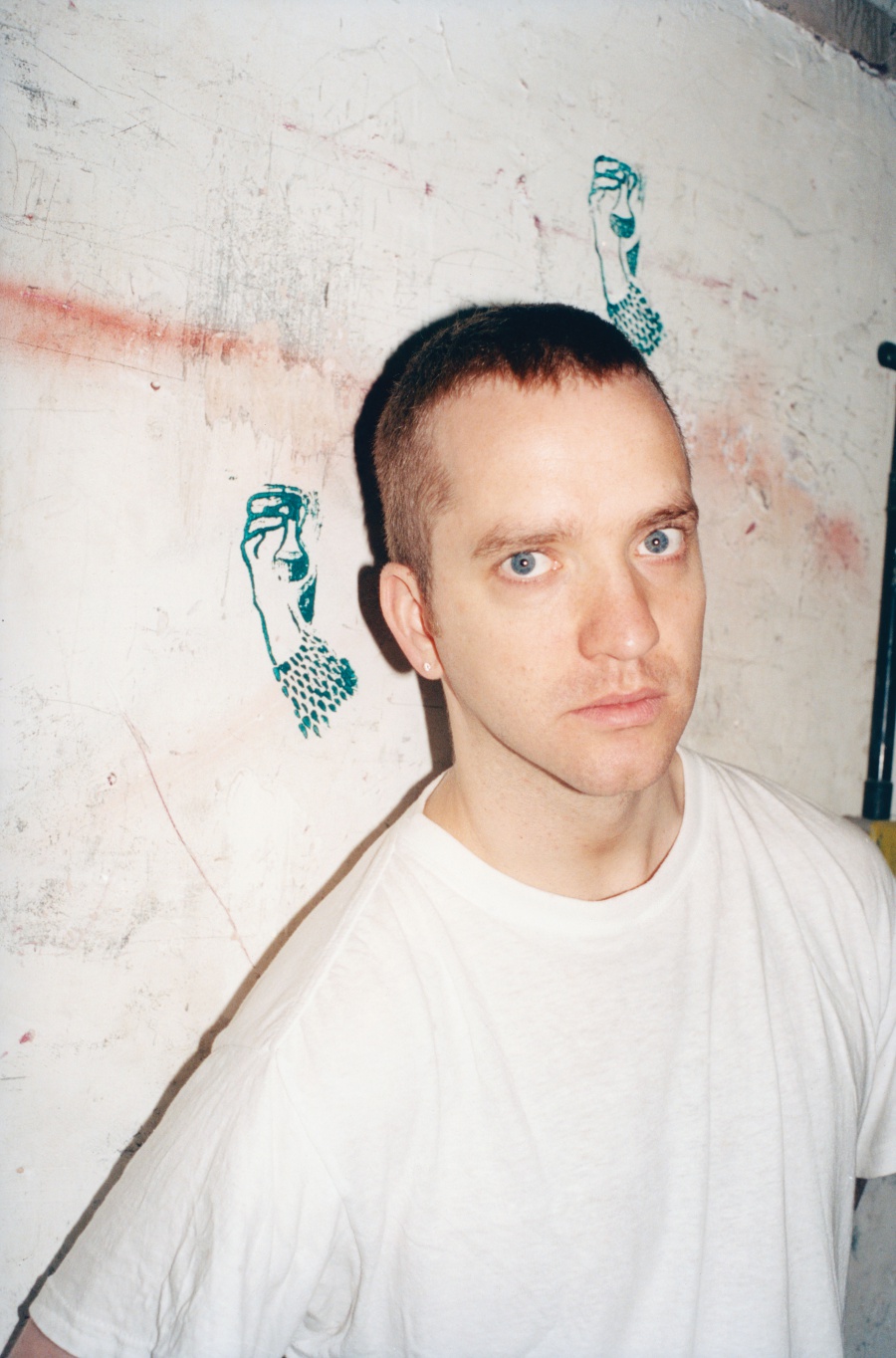 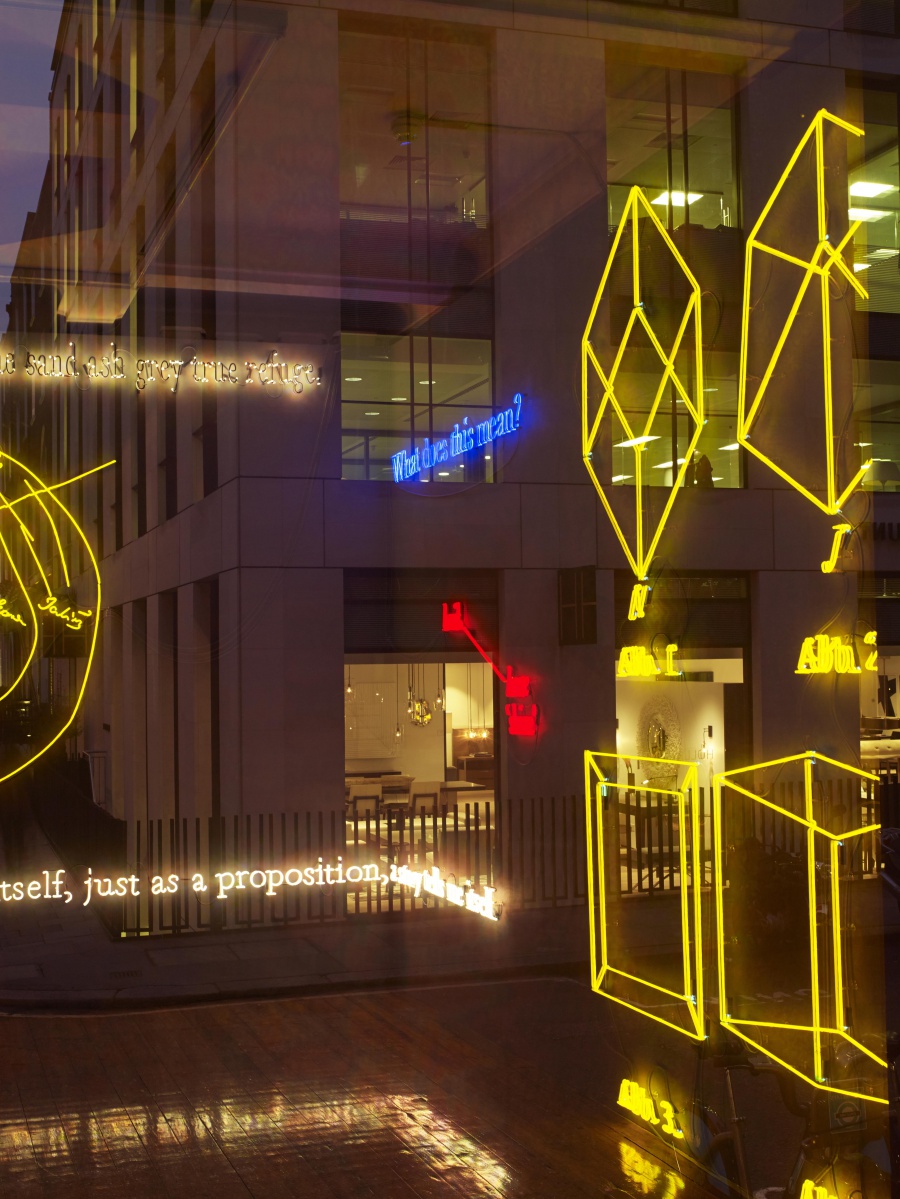