An Interview with Canadian sculptor David Altmejd on his mythical creations, David Lynch and David Cronenberg, the beauty of decomposition, and The Real Housewives of Beverly Hills. 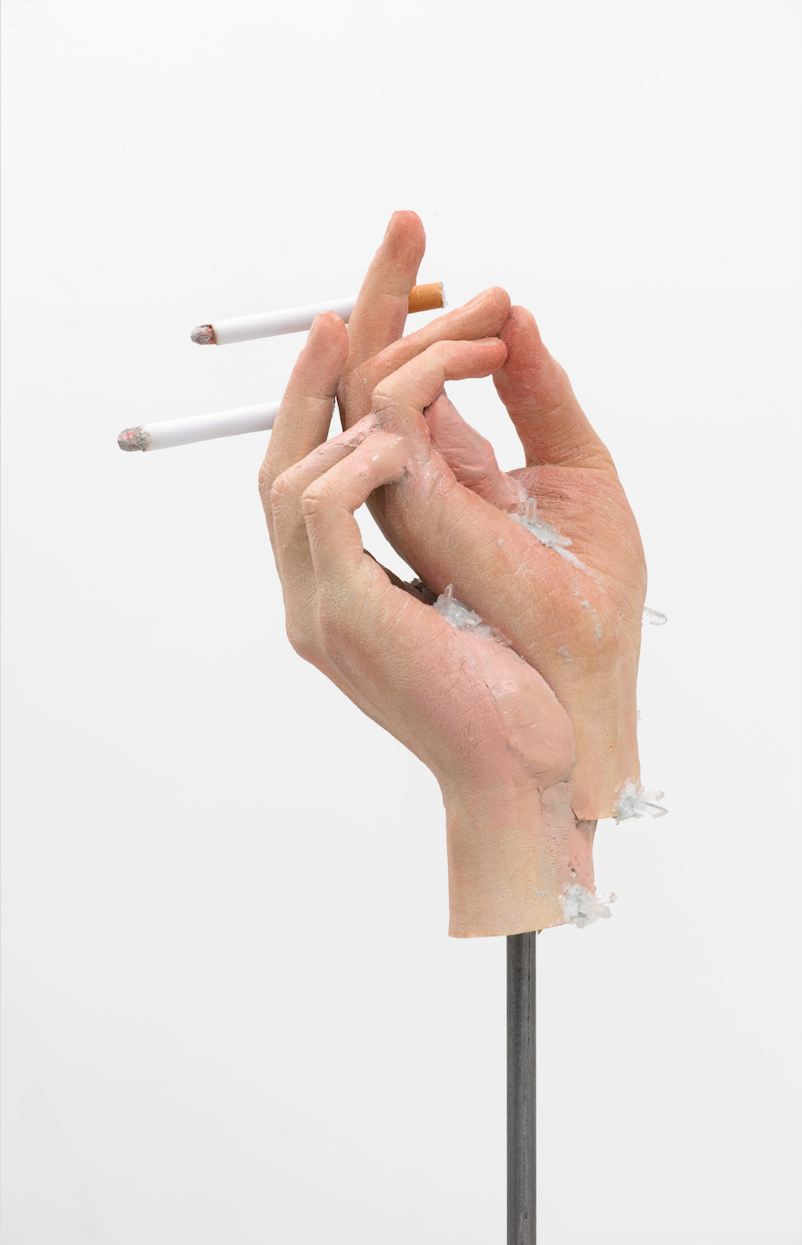 There’s actually sort of a spooky coincidence in the fact that we’re speaking today, of all days: my partner runs a small press, and he just had a new book called WAREWOLFF! arrive this morning. So I’m sitting here surrounded by piles of boxes that say WAREWOLFF! on them in huge letters.

It’s a book of prose poems, about body horror, pop culture, things like that. They’re quite strange. You might find it interesting, actually; there’s some thematic crossover there with some of your work.
It’s also a good point of entry, because I wanted to ask you about how you got into using the werewolf motif, anyway. 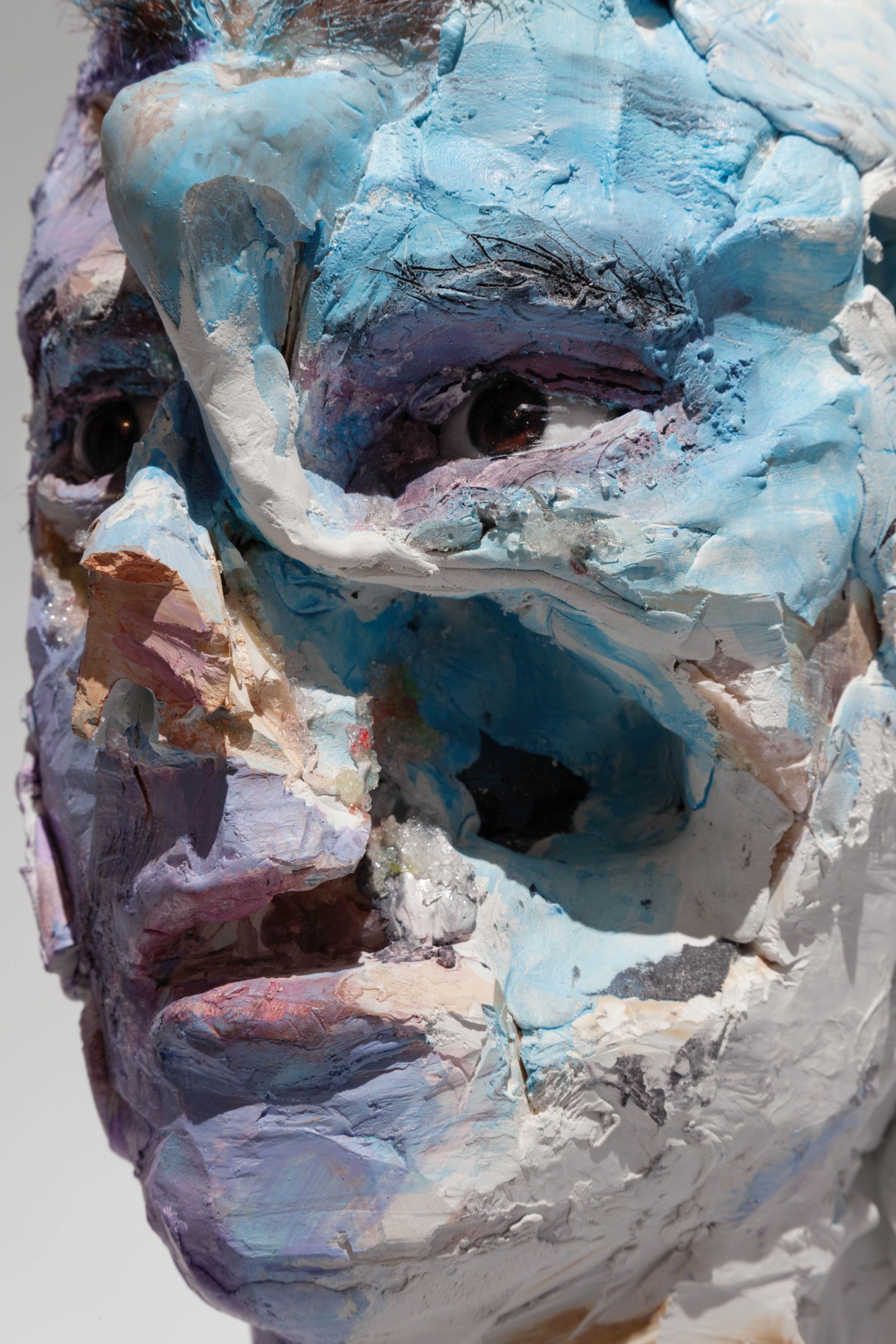 It was pretty intuitive. I think I just felt as though my work was a little too structural, very minimalist; I would use large light tables, I would use Plexiglas, so all the materials were pretty cold. I just thought at one point that these structures I was building needed to be infected with something. Then I started thinking, what would be the one object that would contrast with them the most? So I thought about a body part. Actually, I thought about a head, which I thought would be powerful enough, and would contrast with the coldness of the structure. I thought with a head, I could start creating a very particular energy. But then I thought that maybe a human body part, the human head, was a little — not neccesarily cliché, but certainly something that had become commonplace in contemporary art. Some of my favourite artists have been Kiki Smith, and Louise Borgeois, and Robert Gober, and I love their work; but I did feel that following work like theirs, the use of human body parts in art had become more predictable. So I thought instead about referring to the body of the werewolf, which in my mind is the most humanlike monster: meaning the werewolf body part would be just as powerful to look at as the human body part. It’s possible for a viewer to identify with it. But at the same time, it’s weird instead of being familiar. And I really like that. So that’s the reason I started using the werewolf body parts in my art. And very soon afterwards, once it found its place in my work, I started being conscious of ideas of transformation, and energy, and contrasts between light and darkness, and tension, and all these things, so I just decided to keep the werewolf as a kind of totemic figure in my work.

It’s interesting that you mention the transformation aspect of it, because a lot of your work has the appearance of being… this is an odd thing to say about sculpture, but it almost has the look of something that’s in flux, or something that’s in development. It looks like an organic thing.

Yeah, and it’s important for me to feel that the object, or the sculpture itself, is in the process of developing. One of the things I realised about sculpture that made it really amazing, and that gave it so much potential, is the fact that it exists in a real space. It doesn’t exist in the space of representation. So it exists in the world in almost the same way that a body does, or a person does, you know?

Right. A photograph or a painting of a body that’s life sized is never going to be like a body in the same way as a sculpture of one at the same scale.

And the body of a person is probably the most amazing thing that exists, for so many reasons. So the fact that sculpture inhabits the same space means that it has the potential for having the same kind of presence. Ever since I realised that, I’ve been trying to use the body of a person as a model; and one of the characteristics of a human body is that it’s constantly transforming. A person is never a finished object, and that’s part of what makes them amazing. 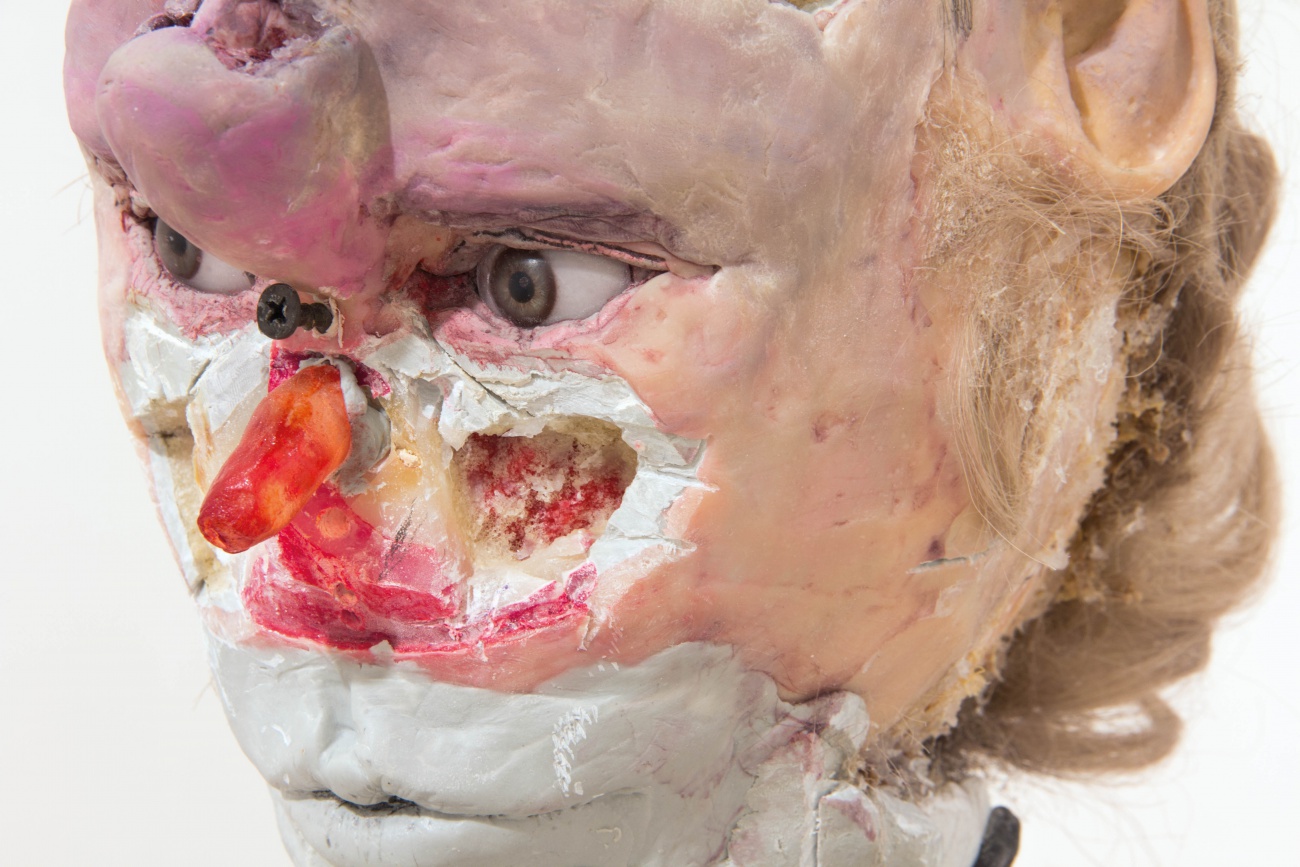 “[A Sculpture] exists in a real space. It doesn’t exist in the space of representation.”

And because a lot of the structures are quite dreamlike, there’s quite often the suggestion of a psychological transformation as well. Do you have a preference in terms of scale? Because there’s obviously a lot of variation, from works that you can just pick up with your hands, to the very, very large-scale installation stuff. 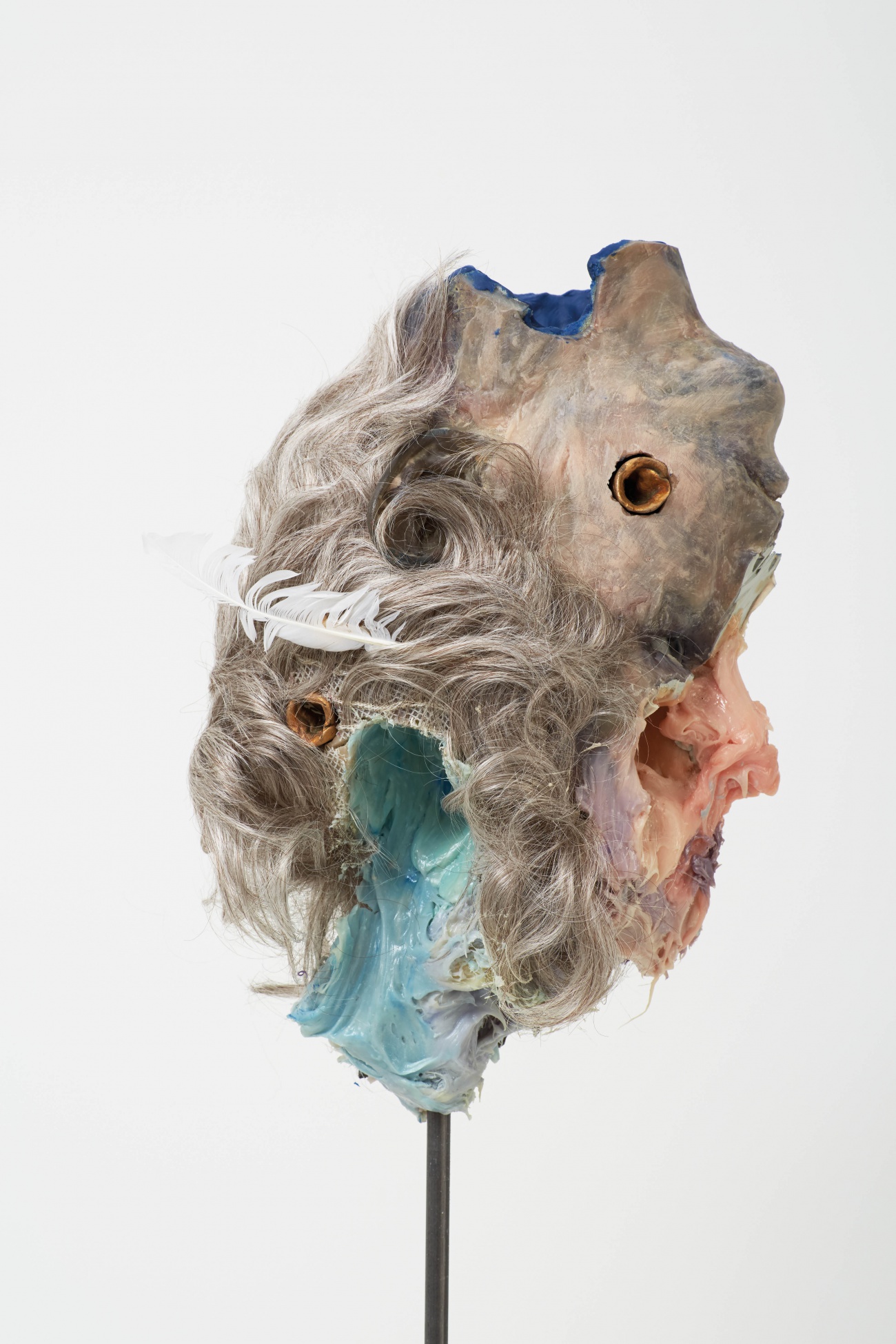 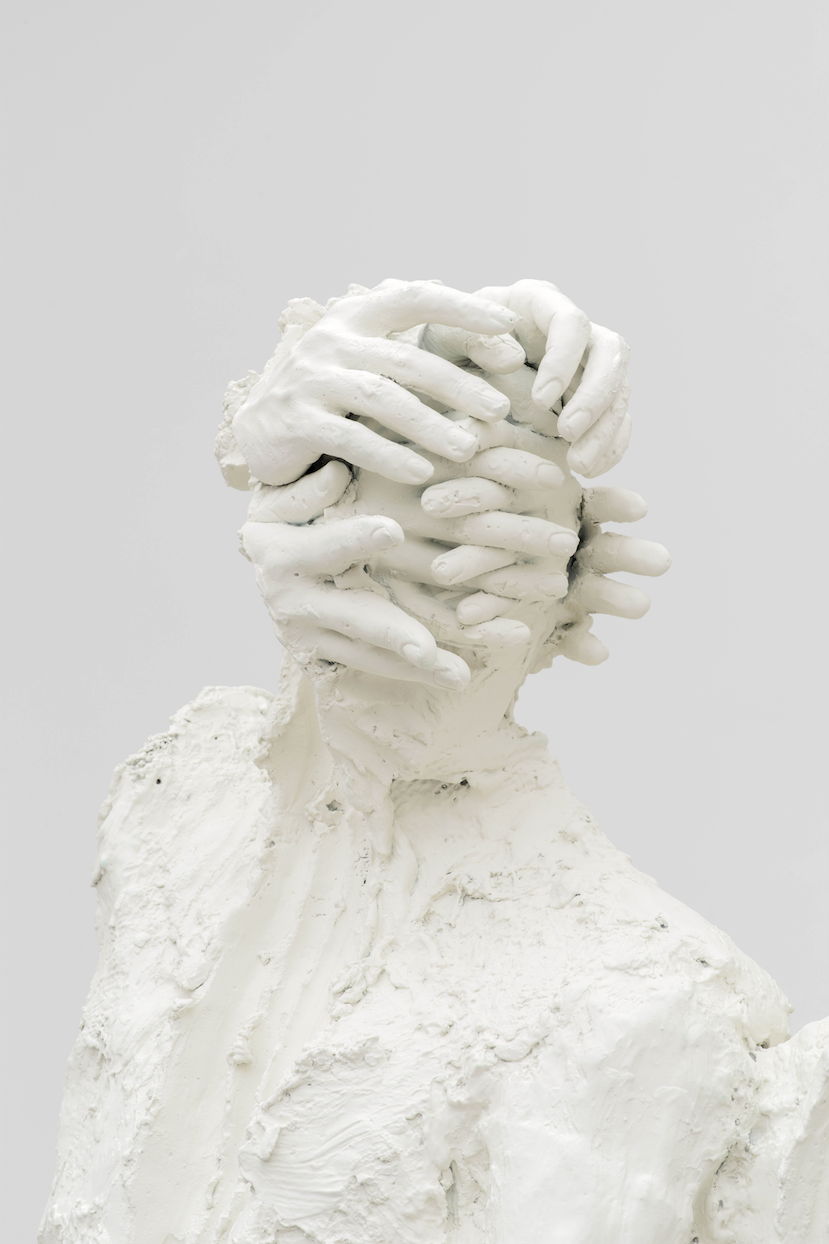 I think the thing that I prefer to do is to work on small-scale things, just because I can work on them by myself, and I can develop a very intimate relationship with them: I can spend a lot of time alone with them. There’s something much more magical that happens when I’m making a small object. But at the same time, I think that my body needs to work on larger-scale things, because at some point in the creative process, I need to be walking — as I’m making things, my body needs to be going from point A to point B. When I’m making something small I can easily stay still for the whole duration; but it’s nice to work on something inside of which the body is moving. Some of the largest sculptures that I’ve done, I’ve actually made from the inside out. Which is also conceptually interesting, because it changes the whole meaning of the sculpture. It’s interesting in terms of process — because it’s a much more physical kind of thing — and also in terms of experience; it must be completely different. The viewer relating to a smaller object feels differently than when they’re relating to a large-scale sculpture.

“I don’t see my work as large gestures. I see them as an infinite number of microscopic gestures.”

Also, with these larger-scale works you’re dictating the viewer’s movements to some degree. You’re controlling their eye-line; you sort of know what their eye is going to land on first, and last, and so on. You must have imagined what they’ll see from every angle.

It’s true. You can almost experience the totality of a small object from one viewing point, but the larger ones — yes, they’re almost more like a landscape in the way you experience them. They’re more like nature. You have to walk through them, and focus on things, and then change your angles if you want to see everything.

When you’re making works like that, do you think of them as one work, or as a number of smaller discrete works added together?

The latter, absolutely. I think that I start with the microscopic; that’s the way I build large things, little step after little step. And at the end the sculpture does end up being gigantic, but I often wasn’t aware of that when I was making it. Of course I was in a literal sense, but it’s much more an accumulation of smaller things than it is a grand gesture. You know? Very often I see artists who work at a large scale, and what I feel is this idea of a grand gesture. And it always impresses me — I don’t know how they do that. It must take an amazing amount of confidence to make large gestures. I don’t see my work as large gestures. I see them as an infinite number of microscopic gestures. 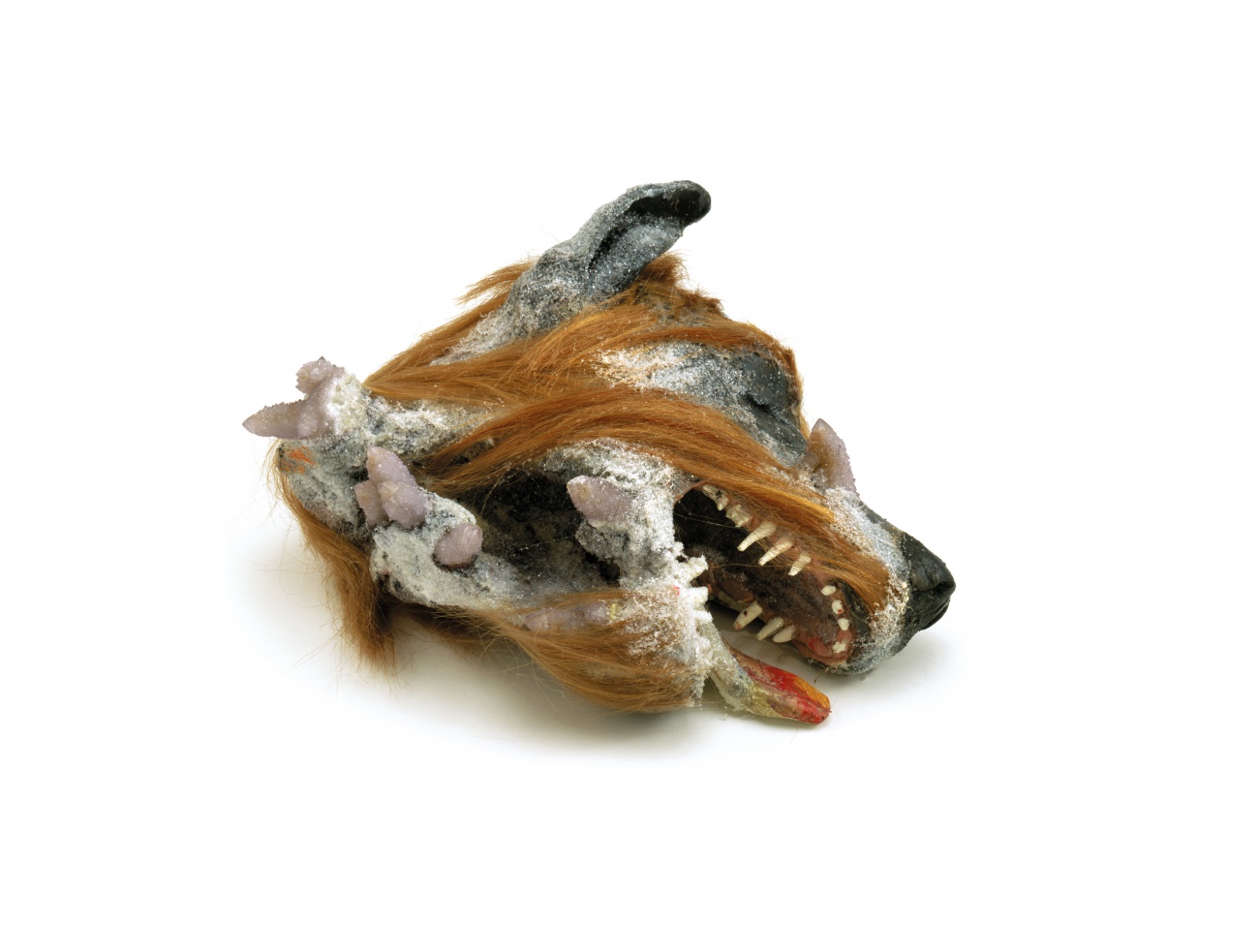 “The werewolf in my mind, is the most humanlike monster.” 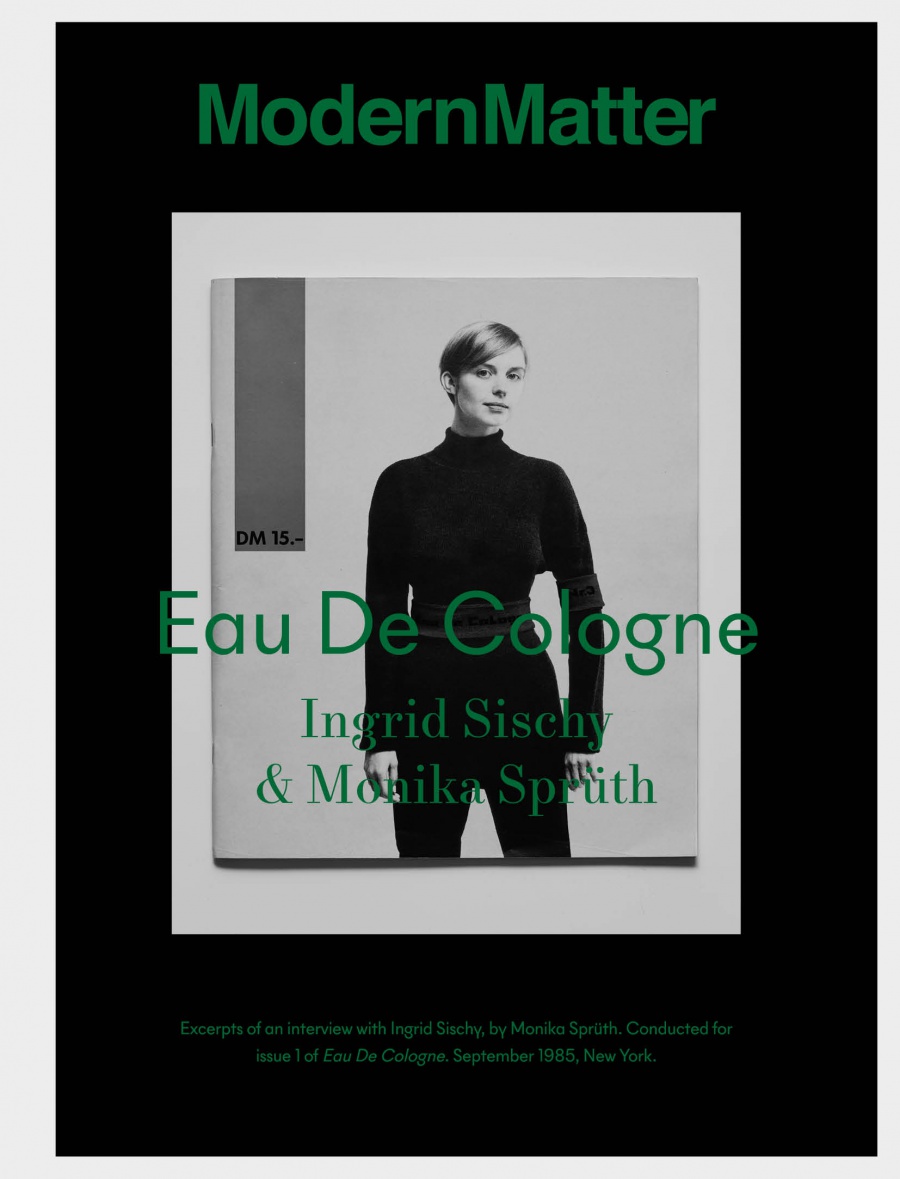 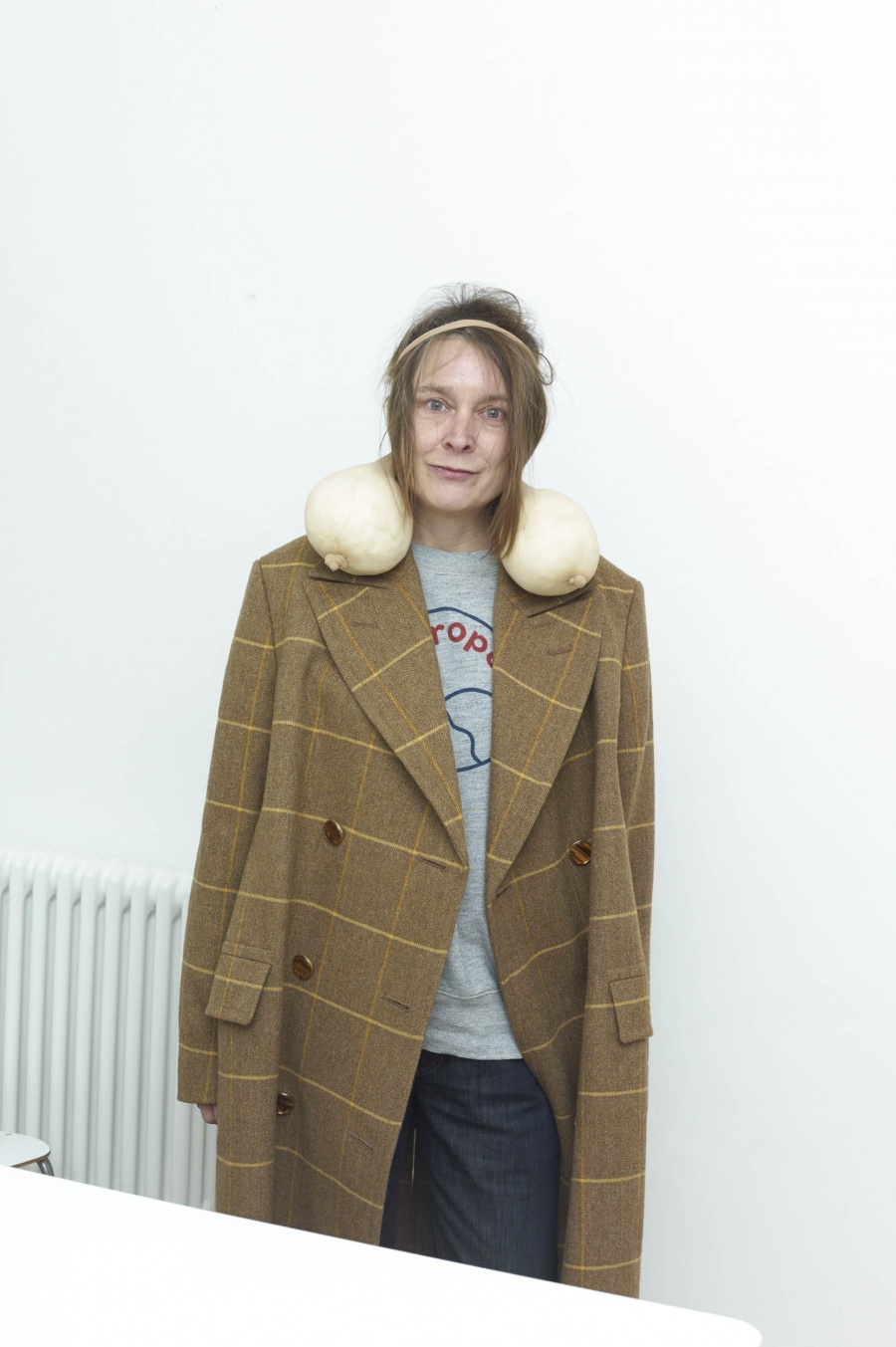 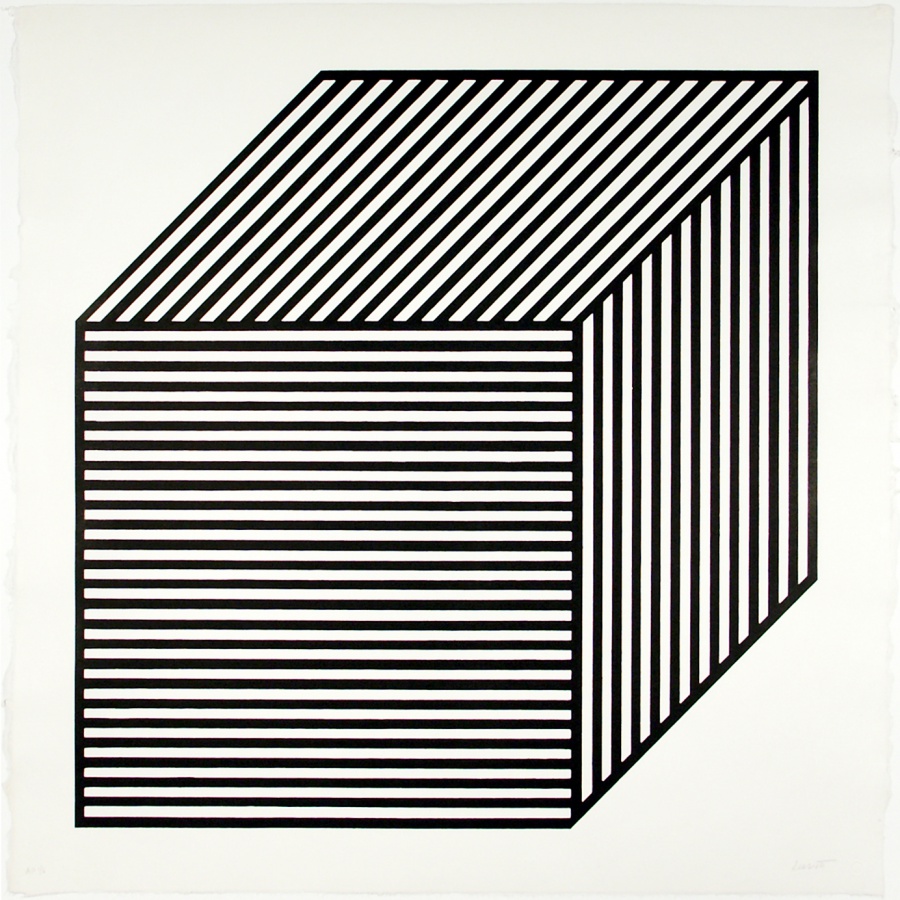