A couple of years ago, kurimanzutto, a gallery based in Mexico City, decided to open an office in Manhattan, New York. This new space did not aspire to be a proper exhibition space, like a gallery, but rather a place for meeting and discussing projects. In my conversations with Mónica Manzutto and José Kuri, the idea of ​​developing a project for the New York space arose. Thereafter, I met Bree Zucker several times, and together we conceived a project within the grid of the city, selected the artists, and invited them to participate. We decided to focus on the existing energy in the city’s communication channels and chose twelve phone booths, located on a circuit, running along the Avenue of the Americas, Sixth Avenue, between 51st and 56th Street. As a static, analogue system, these booths are now considered obsolete and on the verge of disappearing.

The project includes work by Anne Collier, Glenn Ligon, Hal Fischer, Hans Haacke, Jimmie Durham, Minerva Cuevas, Patti Smith, Renée Green, Rirkrit Tiravanija, Yvonne Rainer, Zoe Leonard, and Cildo Meireles. Between Brazil and Mexico City, I sat down with Cildo – an old friend of mine – to have a conversation on his project, his life, and his love of soccer. 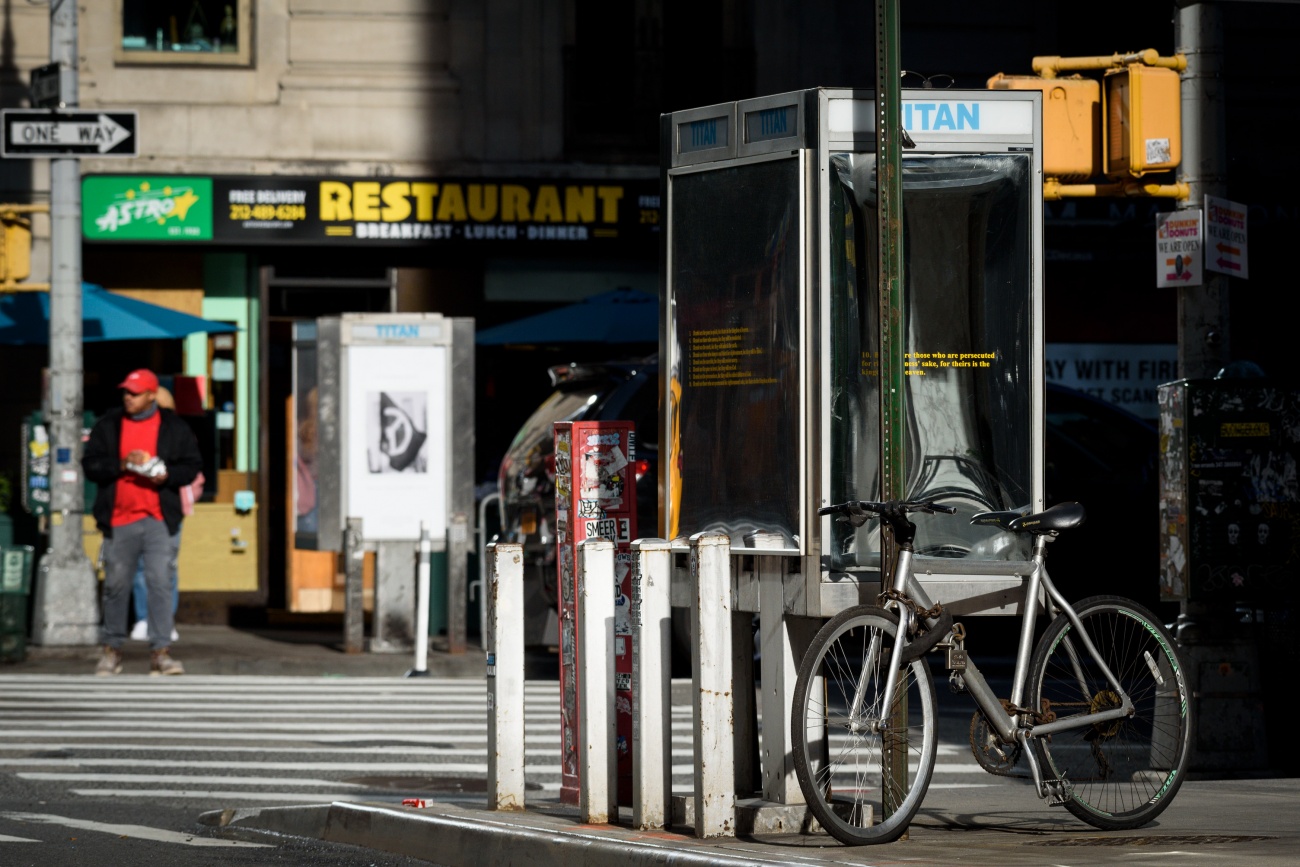 Damián Ortega: Cildo, it’s a pleasure to speak about your work, and our exhibition in New York. We named the project “TITAN,” which is both the corporate name of the phone booths, and a mythological reference. One of your works, Insertions into Ideological Circuits (1970), has always been a reference point for me. Can you tell me about it?

Cildo Meireles: There is a phrase that is used as an epigraph, I guess, in a story attributed to Adolfo Bioy Casares: “Mirrors and copulation are abominable because they reproduce the human species.” You have to flee where they are! For your project, it happened that there were the anti-racist demonstrations over the brutal death of George Floyd, and I thought I could work around that situation, with the street. The work for your project is a follow-up, a detail of an installation I did in 1979 in Brazil, which is The Sermon on the Mount: Fiat Lux. The project was born from the Institutional Act Number Five, which is the declaration of dictatorship in Brazil. So the work reflected the reality of that moment. That is why I suggested it now, because it would create a link with the current situation, not only in the United States, but also with the world, to show that people are not happy with all this.

In 1979 I received the invitation to create the installation, and I wanted to do something in Madrid, but there wasn’t the necessary context. There were no conditions to bring that mountain of 126,000 matchboxes… There wasn’t that kind of cubic volume in the centre, and the eight mirrors with Matthew´s verses around them. As you know, the Four Evangelists are John, Luke, Matthew and Mark. Mark was more interested in the historical aspect of the passages of Christ on Earth; Lucas was a doctor, so he was more interested in the aspect of miracles and that stuff. John was the assertive one, the one more committed to affection, his gospels are more based on feelings, on the emotional; and Matthew had a more social function, let’s say, in the passages of Christ. I chose Matthew’s because it suited my tastes better.

In the original installation there were guards around the work, like security police. They were actually four actors, and the noise of the feet when walking was amplified because the floor had sandpaper to scratch the matches. The whole environment was surrounded by mirrors with printed phrases. Then, all the visitors stood before the mirrors where the matches were seen, the guards, and the verses of Matthew’s Beatitudes could be read.

For “TITAN,” I thought those verses in Matthew’s sermon might work again. In a way, the pieces are very direct. They are visions of another America. The idea is that the visitor comes into contact with them and immediately understands it in a very explicit, very immediate way.

“…the work reflected the reality of that moment.” 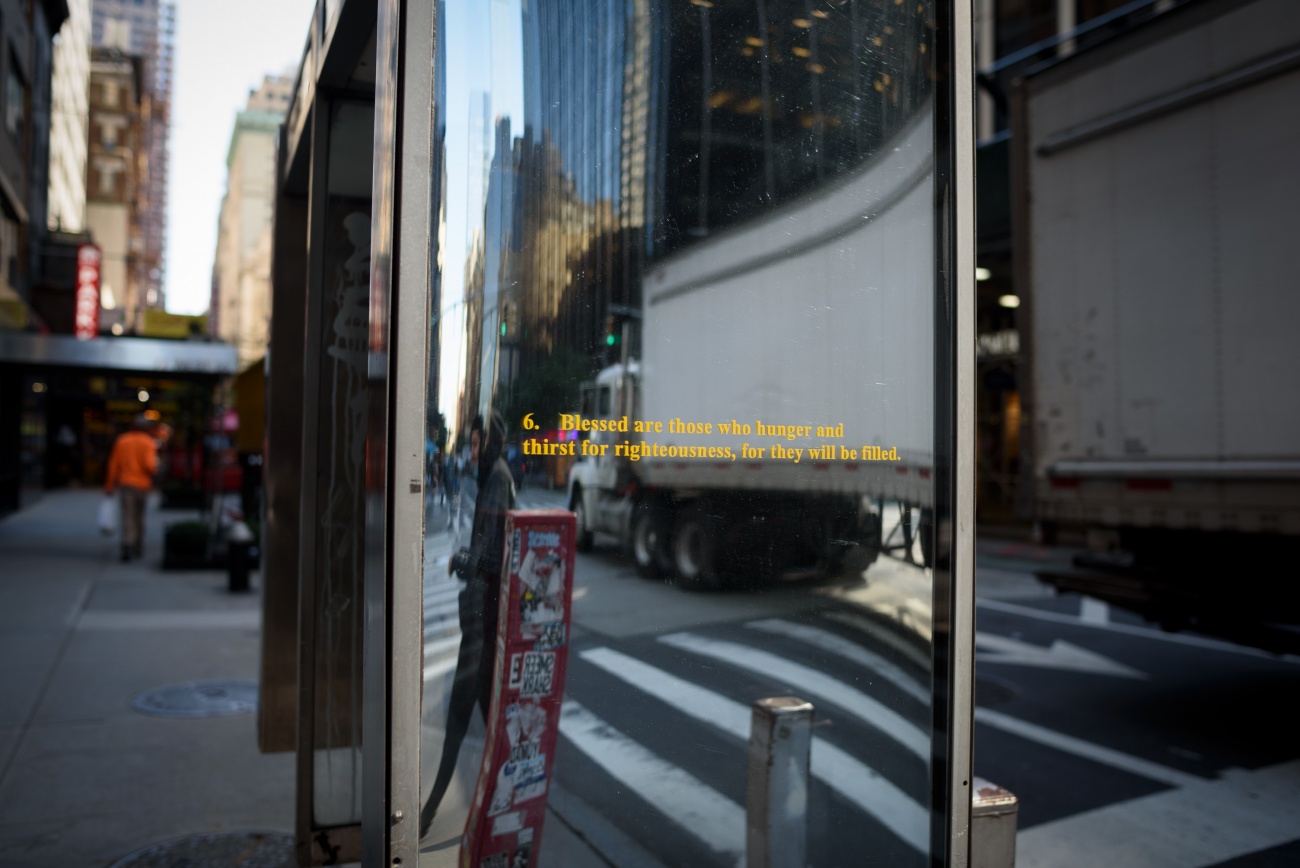 DO: The work has an incredible strength in the street, because in a space traditionally used for advertising you inserted these mirrors. With the phrases, it creates a situation of being in the present, of actuality, and generates an intimate, very personal relationship.

CM: The idea is to show the self-revelation of the subject; the individual is at the centre of this whole apparatus, with the police, the demonstration in the street, the phrase, and then he sees himself. It is a way of making him/her a participant in the project.

DO: We met quite a long time ago with Vicente Todolí in an exhibition he had organised in San Gimignano with an incredible team of artists: Tacita Dean, Marisa Merz, Miroslaw Balka, Lothar Baumgarten, and us. I remember our evening conversations at dinner always led to soccer stories, as you and Vicente are great connoisseurs. You always had a rich and deep reading of all the teams, the players, the moments that each team lived, and I remember how you gave a great dimension to each event, like a mythological story, or an ethical, or even economic, philosophical review of the plays, and the history of a team.

CM: Yes. I played seriously until I was sixteen years old, and stopped at that point because I witnessed an episode in front of my eyes. When you played in an official or unofficial game, you had fun, but that specific day it had rained at night. The field was very wet and slippery. I was on the opposite side of the field and I heard a very loud noise, a scream. I ran to see what happened, and there was a fallen fellow with an exposed femur fracture. It was such an innocent thing; there was no evil in the pass. It was an accident. And there, in 1964, I had received two invitations to train in big clubs: the Cruzeiro de Belo Horizonte and the Flamengo de Rio. At that time, I was also trying to work every day, to draw, but after training I started drinking, and then there were the girls. I never liked the soccer life.

After the 1966 Cup in England, Brazilian soccer changed its model. It became all about strength, very rigid, and the competition was very tough. In 1964, Brazil had great players like Garrincha, Pelé, and it was world champion twice. I didn’t accept the invitations, but I did almost turn professional. Until age 25, I played soccer once a week, but always with friends. For several years now, the only sport I practice is soccer, but on television.

DO: That’s why I remember those stories you told, with an epic dimension. It was like a story of knowledge, how a boy became a real player, initiation rituals, and the relationship with the team. It was exciting, and that’s where I saw there was a great connection with your own work.

CM: Definitely. Soccer allows it. It is a kind of replica of the world in miniature, because based on interpersonal relationships, objectivity, heroism and the physical, one can make analogies with life.

DO: And with art.

CM: Sure, because art tries that too. Both have that tension. In some way they are mixed with the world, they are structured like the world, so you can talk about the world from what you do in art, or in a soccer game. 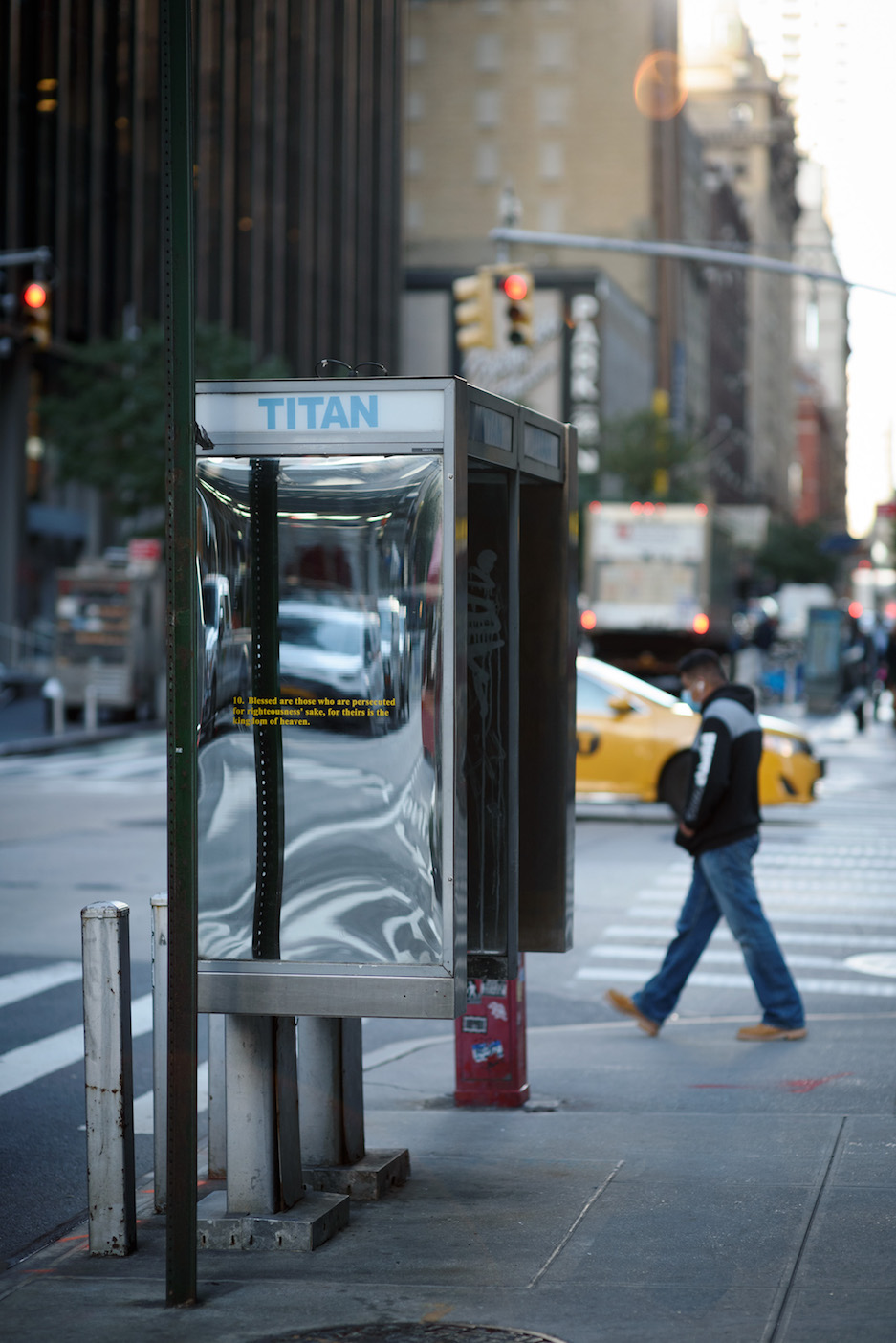 DO: Yes, I remember a soccer World Cup with a strong political dimension. Jorge Valdano was the announcer, and began to talk about the prices of each player in the “leg market” –this quasi-slave transaction of buying and selling players’ contracts, where the boys are sold or bought as cattle – and he talked about a young and very talented player who was not very expensive. This player was the attacker against a multimillion-dollar defense that was covering him, and he managed to knock him down, scoring a goal. The mathematical and economic relationship was impressive, as are all the connected dimensions that art and sports have, especially soccer.

CM: Especially soccer. It is not just a sport, it is much more like a game, because there are aspects that can interfere in the final result that are psychological, that are details of the match. When one is presently watching a soccer game, one is able to get the whole scene as well as the movement and most of the details.

DO: I think that in art – in Mexico and perhaps in Brazil as well – artists exhibited more often in their own country, in small galleries, in alternative spaces, more politicised exhibitions within society, within groups, it was to direct and form a community. And in the 1990s there began to be an international boom, a more global artist was formed, right? Speaking of art, there is also a coincidence in how the sport is developing, don’t you think?

CM: There is a certain parallelism. I think these are socio-historical situations that allow this and that activity, and there is preeminence in the best-known sector. I remember once, after Documenta IX in 1992, I met André Magnin at an opening in Paris in 1993, he was the curator of “Magicians of the World” at the Pompidou, and when we met, he asked me: “Which gallery in France are you going to work with?” I said: “With none. I haven’t found one that meets my needs.” He replied: “What are those?” and so I told him that I was looking for a gallery that gives me a lot of money and double the freedom. (Laughs) I think he understood. And, I still haven’t found that gallery. When you have less money, you have more freedom.

CM: Well, we all try, not only as artists, but as human beings, to approach our ideas of life. Of course, life is always surprising.

DO: Have you always lived in Rio de Janeiro?

CM: I was born in Rio and when I was almost four years old my father went to work in Goiânia. We stayed there for about five or six years, and then we went to Belém do Pará in the Amazon. Then, in 1958 we went to Brasilia when I was 10. After that, I returned to Rio in 1967 to study at the National School of Fine Arts. In 1968, I entered the university at the National School of New York, but I only stayed two months because I did not find the things I had learned from the man I consider my teacher, Félix Alejandro Barrenecer Avilés, who was Peruvian, and who was very important in my life. He had extraordinary classes and was the first artist to go to Brasília in 1957, an extraordinary person in my life.

DO: An artist was your teacher?

CM: Yes. Of course, one learns from everyone in life. An artist must learn to learn, one learns with colleagues, with everyone.

DO: You experimented during the whole era of great conceptual artists, and it was also a very strong political era, during the Brazilian dictatorship. And in art also very conceptual, intelligent, without so much aesthetic.

CM: The neo-concretists were a major breakthrough. Ferreira Gullar’s theory of the non-object was very important. I come from a generation after the neo-concrete. Actually, my generation came from an internal environment, from an internal artistic scene that always had the expansion of neo-concretism. There were many works to be done, for the first time A casa é o corpo by Lygia Clark was shown at the Museum of Modern Art, and in that museum it was also the first time that Hélio Oiticica showed the Tropicalia. We had all that production in front of our eyes. 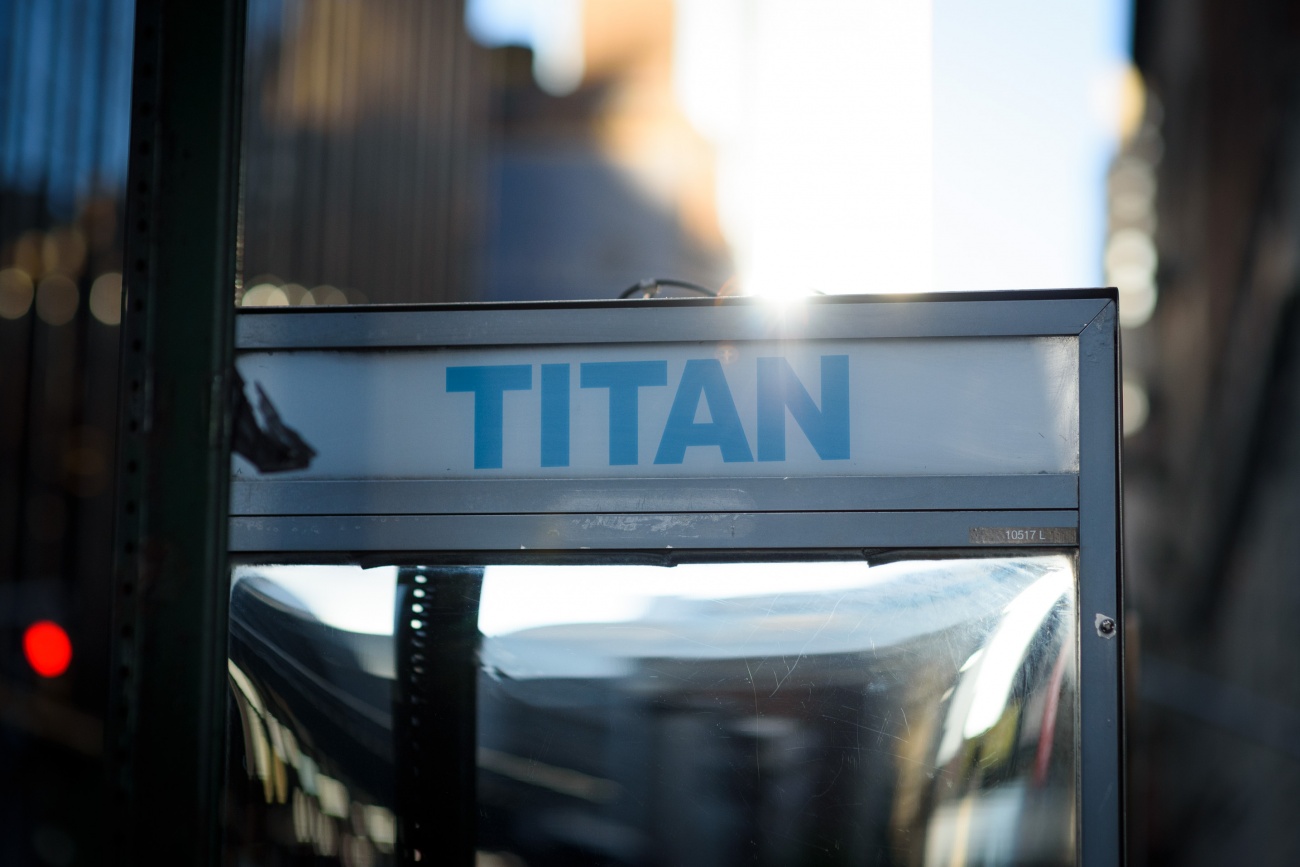 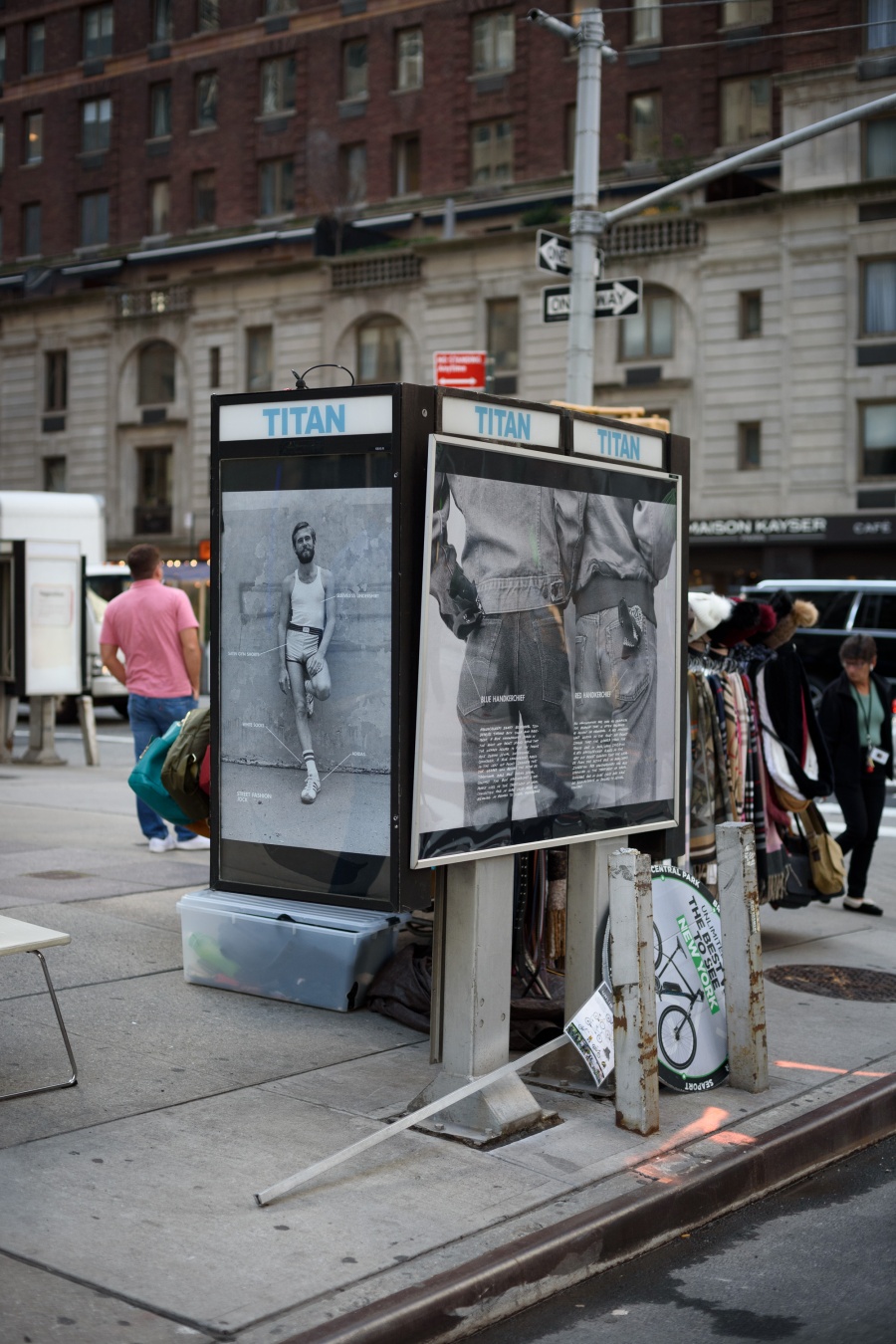 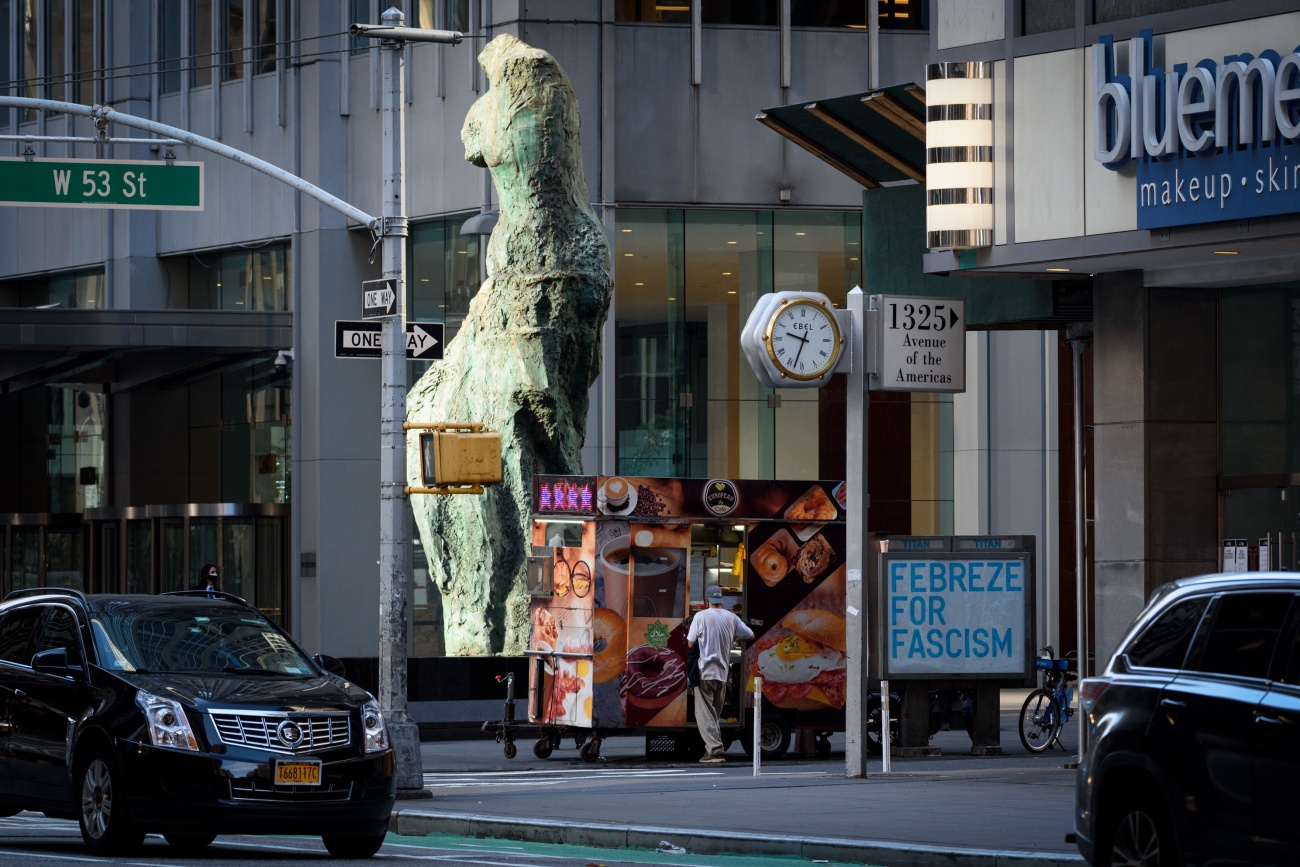 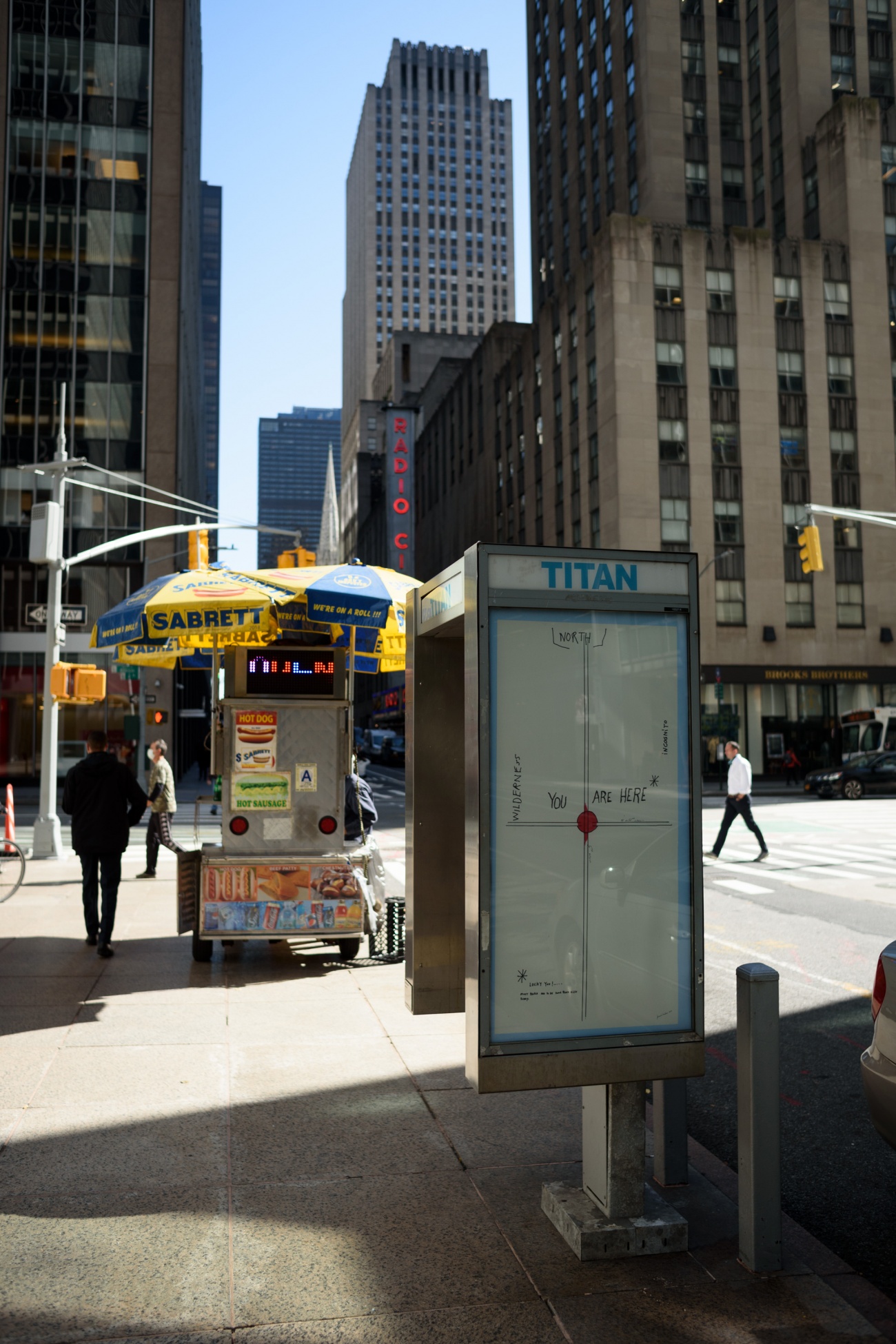 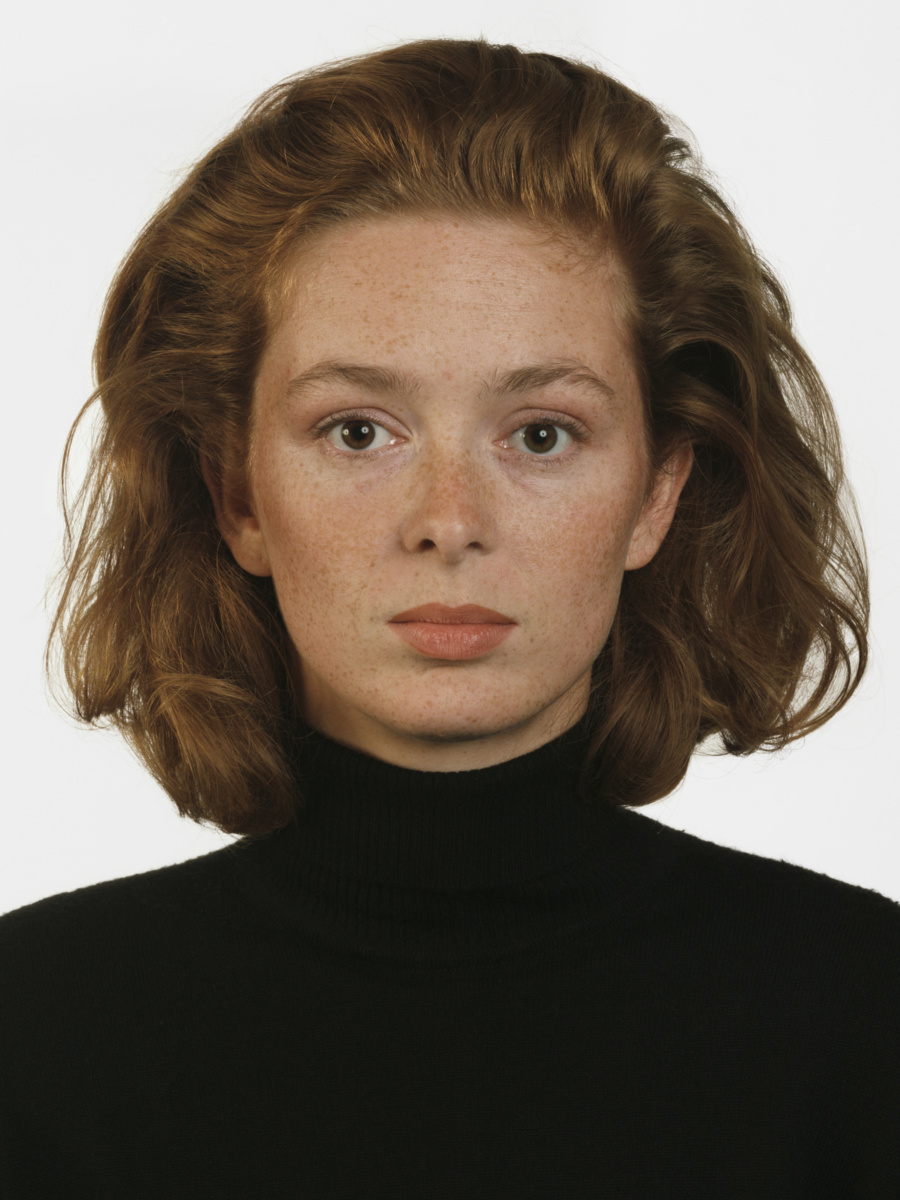 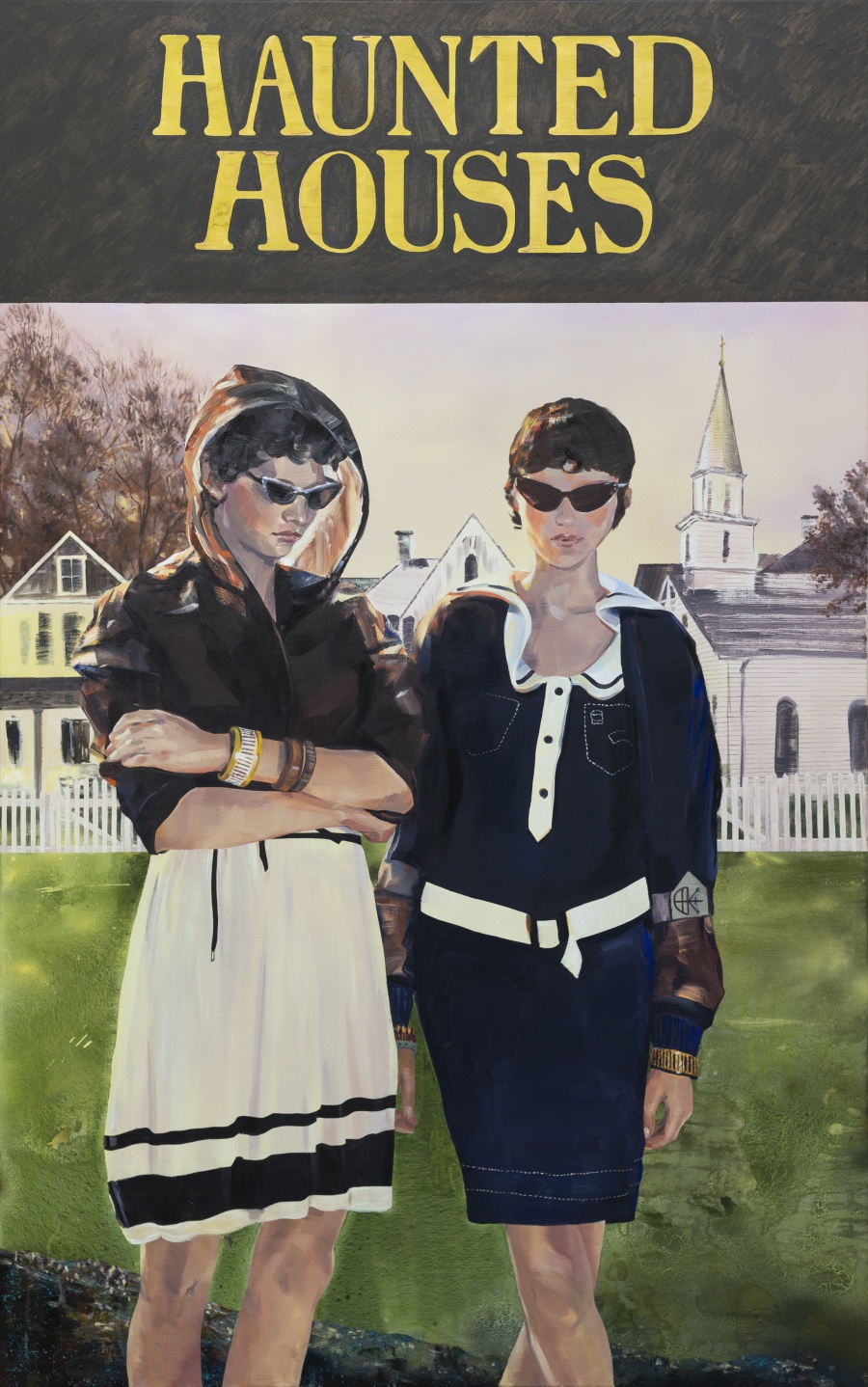 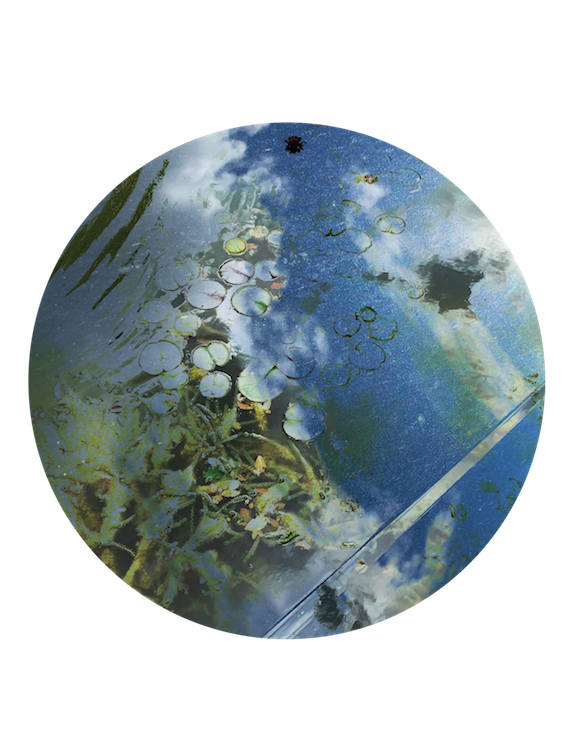