The theory goes that when we look at something, we are presented with a message, or ‘signified,’ in the form of a ‘signifier,’ being any image or object – or anything else – that can carry meaning. As underlined by contemporary Canadian artist Shaan Syed, not everyone receives these images in the same way. In other words, we all see differently, and what we do see is massively influenced by context and identity. From 4th July–15th August 2020, Freehouse will once again be open to the public, making its post-lockdown debut with an exhibition titled ‘Thank you India, Goodbye Pakistan, Hello England.’ The show will feature three works by Syed, composed of deconstructed images of the spiral minaret staircase at the Great Mosque of Samarra, Iraq. Across these paintings, and his wider body of work, the artist explores the politics of seeing. 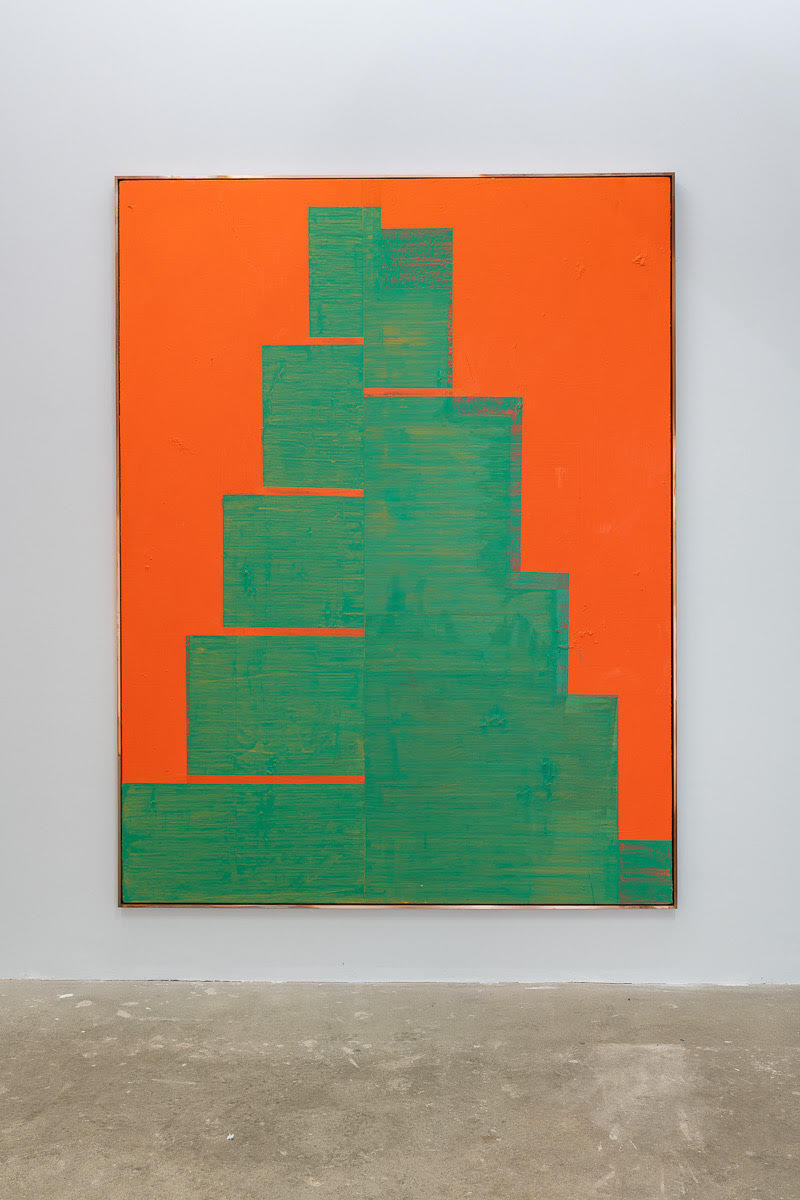 All images are courtesy the artist and Freehouse

Syed divides out his motif on large-scale, two-tone, graphic and copper-framed canvases, playing with a separation of visuality that mirrors the inconsistencies of perception. The message is clear; we are not the same, and so we view the world differently. Having never seen the staircase in person, Syed himself, whether intentionally or not, begins by exploring the minaret from subject material that has already been influenced by the eye of another. From here, he responds to it, through a creative process that involves painting one side of the canvas in one way, and the other side differently. This routine is often repeated in the artist’s work, creating layers that are oppositional yet coherent in the form they are representing. The geometric shapes of late twentieth-century abstraction visibly inspire the resultant compositions, and it is of no surprise that the artist is influenced by such figures as the American painter Mary Heilmann. 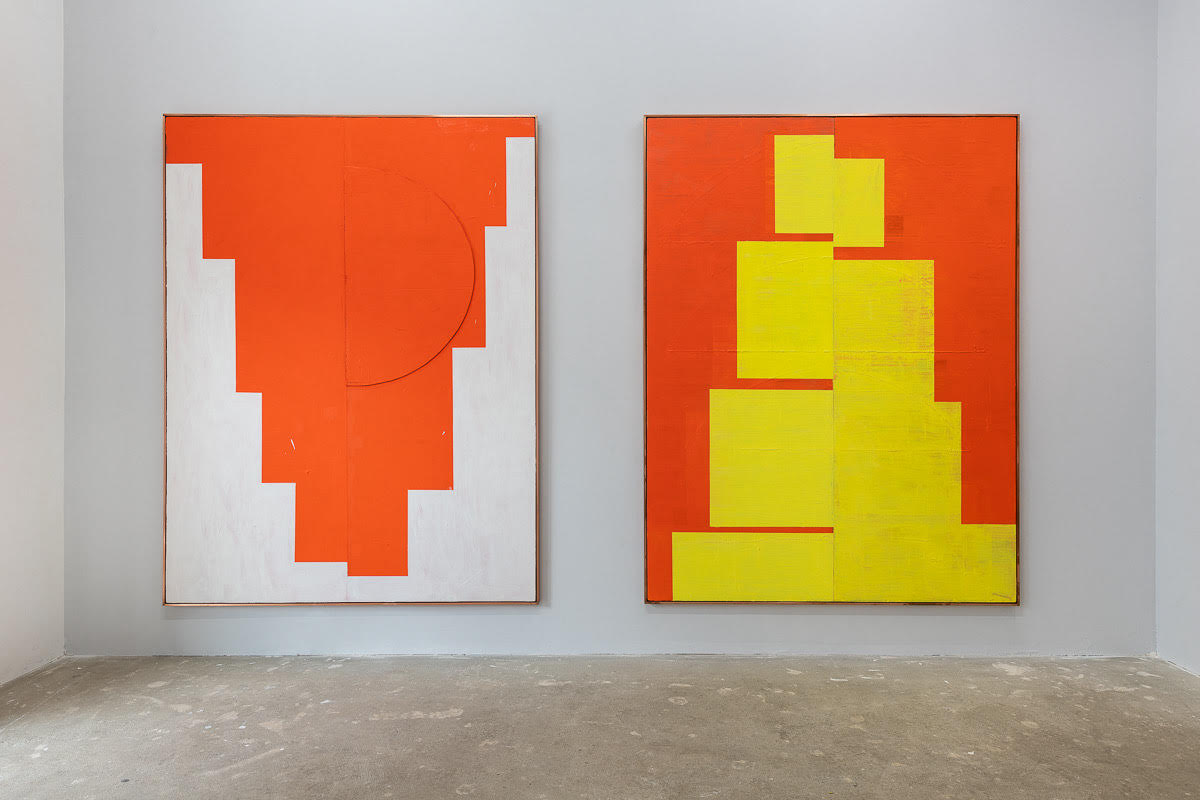 More interesting, however, is how Syed imbues these shapes with vitality and colour, leaning into the aesthetics of Indian tantra paintings, road signs, and advertisements in a way that moves closer to the divisional paintings of Blinky Palermo or the post-colonialist, vibrant waves of Mohamed Melehi’s Seventies output. Director of Freehouse Darren Flook elucidates on these influences, describing how his pre-show conversations with Syed have centred on a variety of cultural, contextual works, ranging from Christopher Wool’s ‘The Harder You Look The Harder You Look,’ to the representation of Muslims in the films of the artist’s childhood, resulting in what Flook describes as ‘a mixed-heritage, grand, abstract take on Ed Ruscha’s stripped down vision of the American pop landscape.’

‘a mixed-heritage, grand, abstract take on Ed Ruscha’s stripped down vision of the American pop landscape.’ 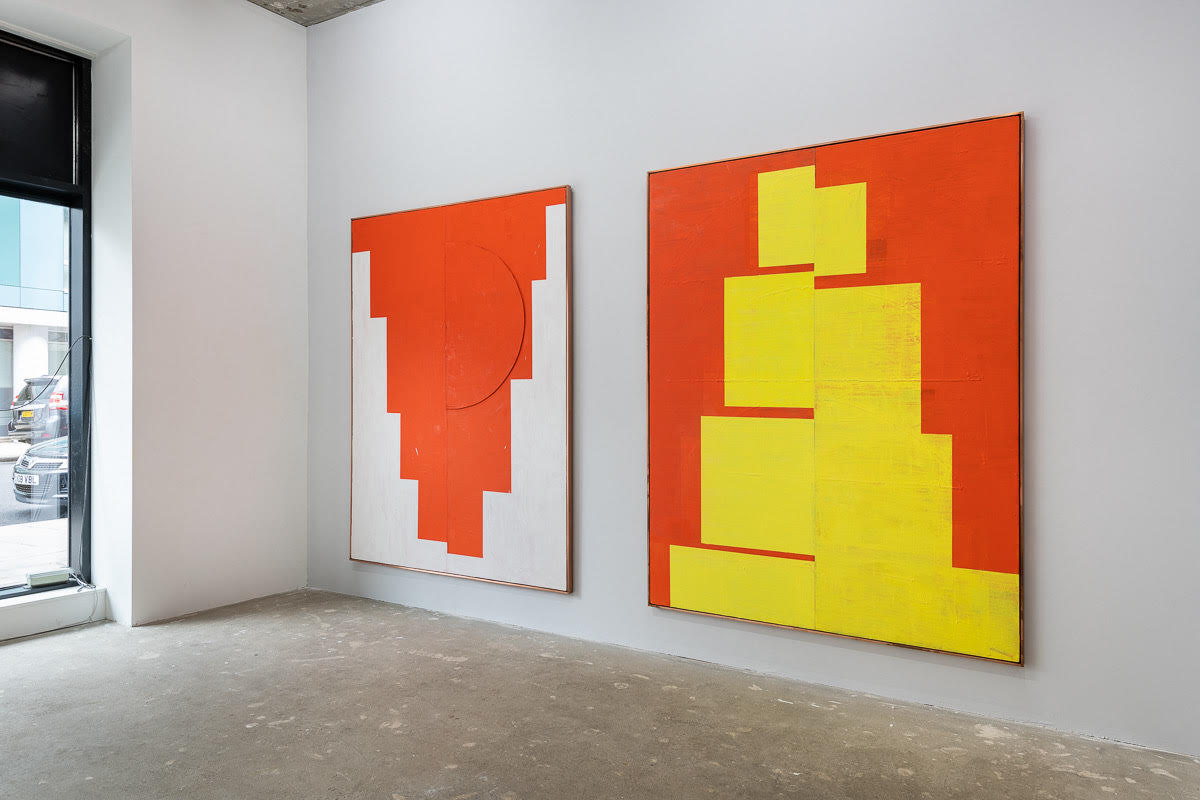 Born in Toronto, Syed first participated in the Fine Art Program at Concordia University in Montreal before going on to complete a Diploma at the Ontario College of Art and Design in his hometown. More recently, he completed an MFA at Goldsmiths College in London. As underpinned by the title of the exhibition, the works are borne of these biographical parts of Syed’s life, and others: his father’s migration path during and after the Partition of India (1947); and his introspective examination of what it means to be brought up in a household of mixed ethnicity and background. This process also encompasses the artist’s reflections on praying in a language you don’t understand, looking different to expectations of your heritage, being gay and being an engaged practitioner working in London in 2020 – and of course where these identities intersect.

Since 2017, Syed has been exploring the motif of the minaret staircase, making a multitude of works over the last few years that have grown increasingly smooth in colour and form. The canvases are always large, featuring blocks of orange against white, yellow and green. If Syed chooses simple forms to convey his message, it does a service in rendering a conceptual discussion palpable, making these works a vessel for a simplified conversation on the many different ways of seeing, embedded within a cultural item steeped in history: ‘I was drawn to the minaret because it is a cultural signifier; a nod to my own personal upbringing, and one that I am using to explore the shifting nature of seeing. Flattening the minaret’s form on the picture plane and using the resulting diagonal divisions is a way to create a space formed by a process of negotiation and reciprocity.’ 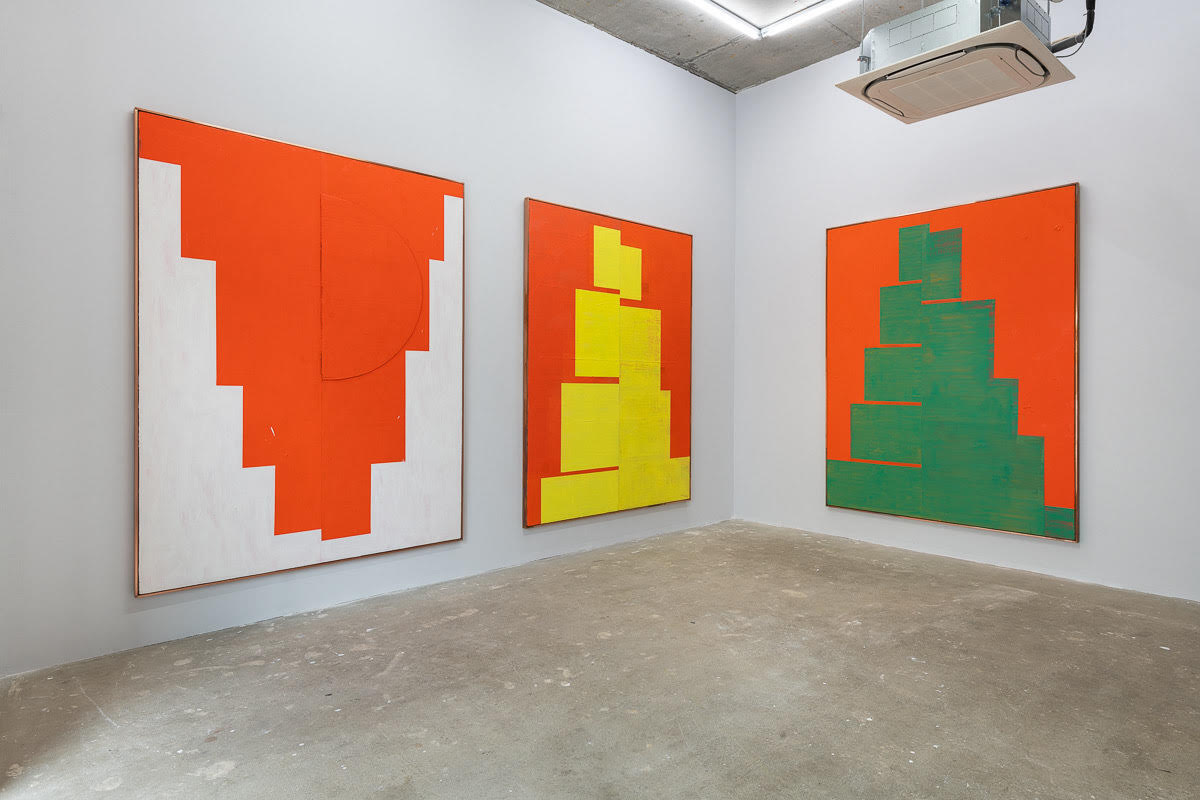 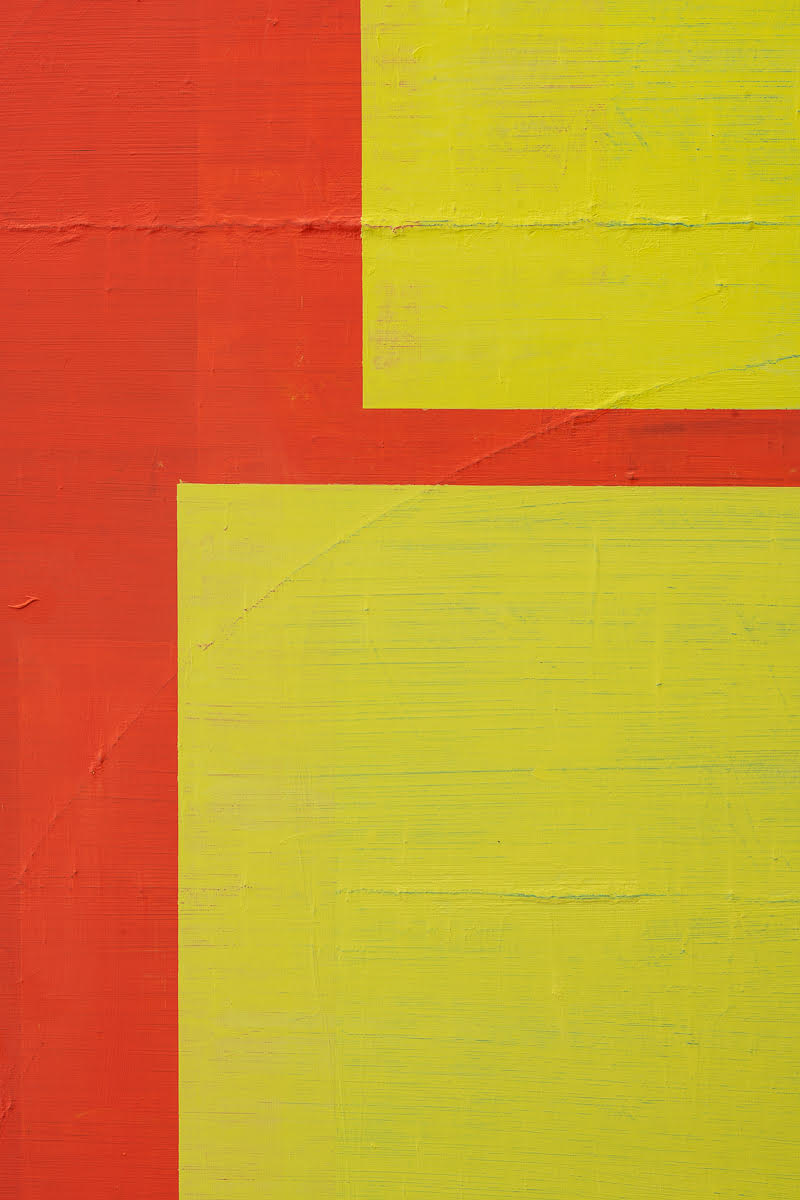 “I Want for My Work to Have Several Lives” Torey Thornton 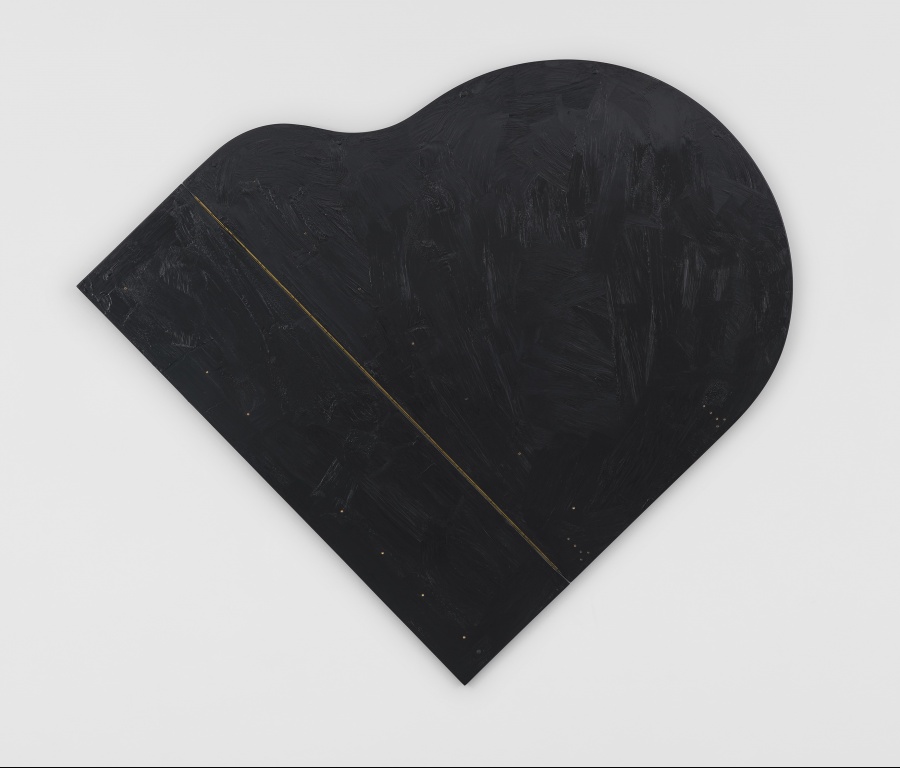 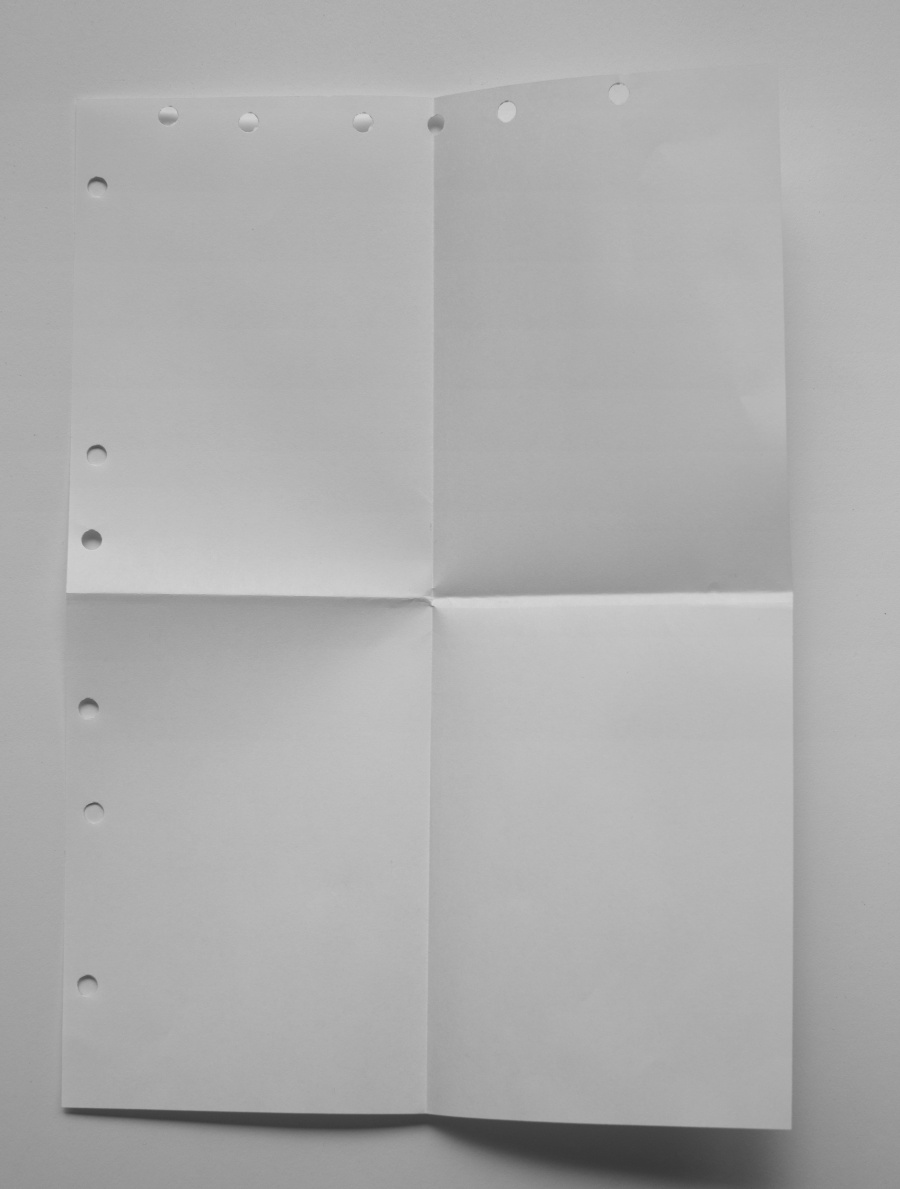