In the opening remarks of Bernadette Corporation’s mystifying novel, Reena Spaulings (2004), a collective voice maintains, ‘If you look at a city, there’s no way to see it. […] You can miss it, hate it, or realize that it’s taken something from you, but you can’t go somewhere and look at it and just see it empirically. It has to be informed, imagined, by many people at a time. It’s an everyday group hallucination.’ These are the sentences that linger as I read ‘Life Captured Still’: three words that portray a world disbanded as an inconspicuous, indiscriminate pathogen slows time to a dismal lull; three words that also form the title of a remarkably timely two-person presentation at Galerie Thaddaeus Ropac, London. I relate the exhibition and the pervasive impact of COVID-19 not only because they intersect temporally, but also because such a luminous display of Harun Farocki’s and Hito Steyerl’s works was so uncannily precise in visualising globalised employment, networked bodies and omniscient capitalism just moments before an international lockdown that has precipitated countless reflections on the mortal present. 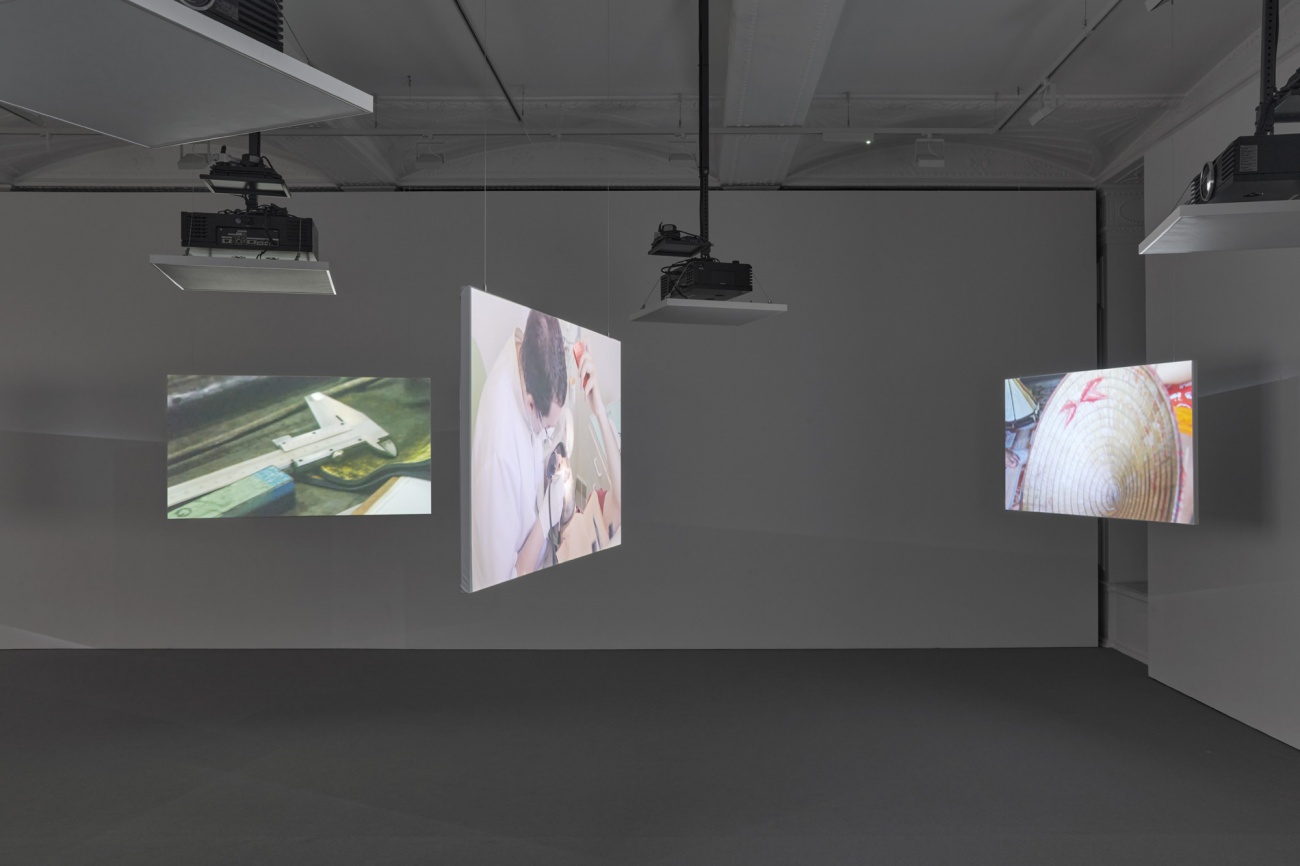 Curated by Antje Ehmann and Carles Guerra, ‘Life Captured Still’ intricately entwines a series of video installations in which Farocki and Steyerl distinctly dissect what it means to work and exist in a time of bloated neoliberalism. Both artists anchor histories at once general and particular to the present by prising open variations on the past: whether personal narratives, those delivered by avant-garde cinema, or by tacitly asymmetrical Colonial-era accounts. In a parallel but independent register they depict representation itself, looking to computer games, magazines, separatist propaganda, and the reported images of paintings or other people’s lenses. And in doing so, both Farocki and Steyerl illuminate an absence of social interstices, and conjure at the end of it all the impression of an irreversibly hybridised, beautifully tangled, problematic world. 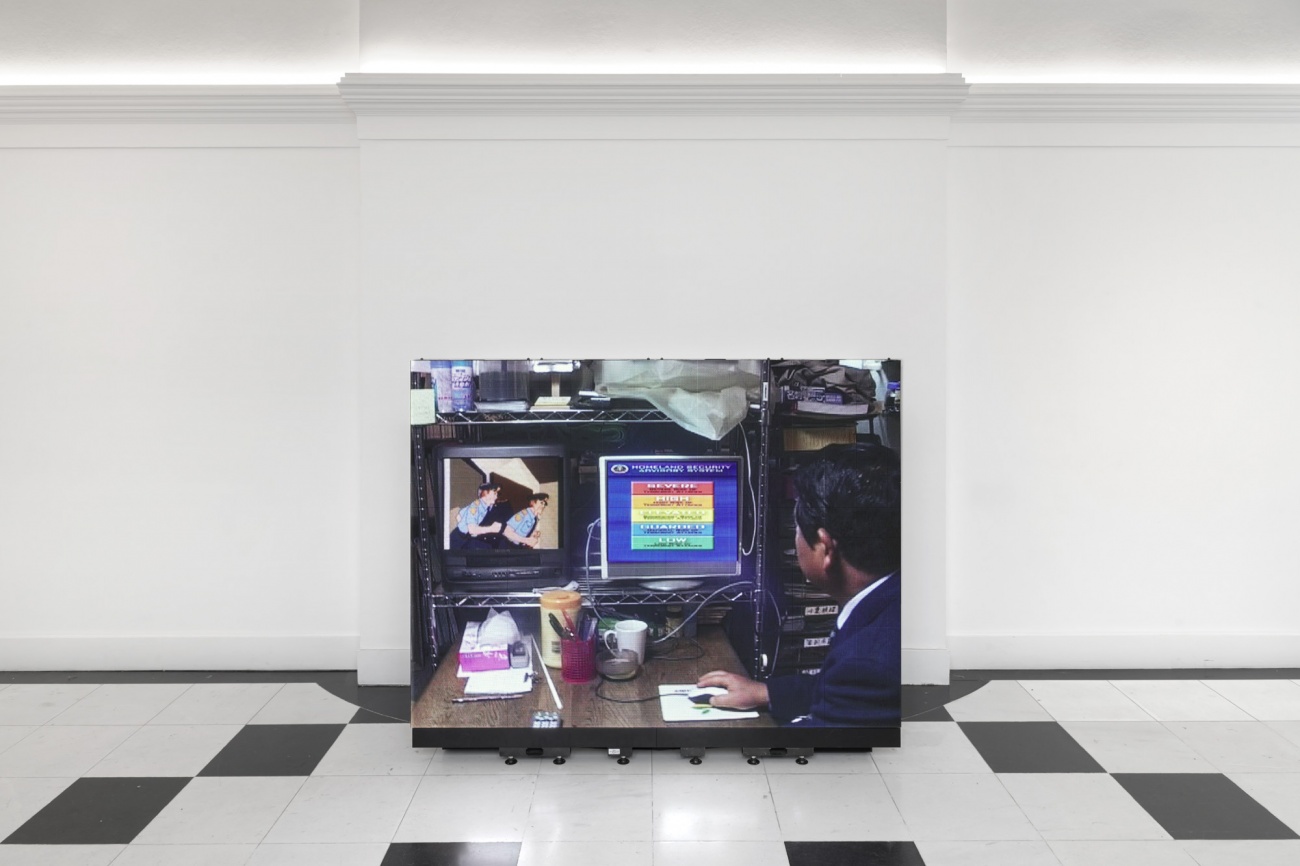 The exhibition begins with Hito Steyerl’s 2007 work ‘Lovely Andrea’ in the ground floor hallway, a 30-minute documentary-collage in which the artist hyperlinks her one-time gig as a Japanese bondage model with the murder of her teenage friend and Kurdish martyr Andrea Wolf. Steyerl’s roped body becomes a matrix of sex and violence at once literal and figurative as she traces her former ‘Andrea’ persona to a Tokyo porn archive, locates the original photographer, and is informed that many girls like herself were tricked into modelling and later dismissed without pay. Images of the camera encircling webbed skin are spliced with Spiderman clips and motifs of digital connectedness as Steyerl explores dichotomies of entrapment/liberation and her own sexual exploitation/recuperation. In ‘Lovely Andrea’, she contends with the disparagement of unpaid work versus the currency of the image, with the freedoms of entrepreneurship and the agency that her Japanese fixer, a self-suspension performer, derives from practising her art.

At the end of the hallway, a large room is devoted to the evolving installation ‘Labour in a Single Shot’, a project initiated by Farocki and Ehmann in collaboration with a global network of independent filmmakers. As if to pull back Bernadette Corporation’s urban ‘everyday group hallucination’ to a planetary vantage, ten suspended screens occupying the upper half of the room display short films of workers from Mexico City to Cairo going about their daily business in front of an impartial lens. In Bangalore, a man hacks into a cow reclining in the gutter; in Hangzhou, a factory worker presides over a mattress machine as it stitches that subliminally familiar motif into the upper surface. Each screen is oriented differently, so that to engage with every city is to meander and pivot through the space, to physically re-orient oneself to a new context, enterprise, and set of cultural codes. The installation extrudes a journey along which glimpses of human activity expose widespread territories and varying shades of subjugation, and the distinctions between formal and informal labour collapse as readily as the international borders that circumscribe each subject.

‘Farocki and Steyerl distinctly dissect what it means to work and exist in a time of bloated neoliberalism.’ 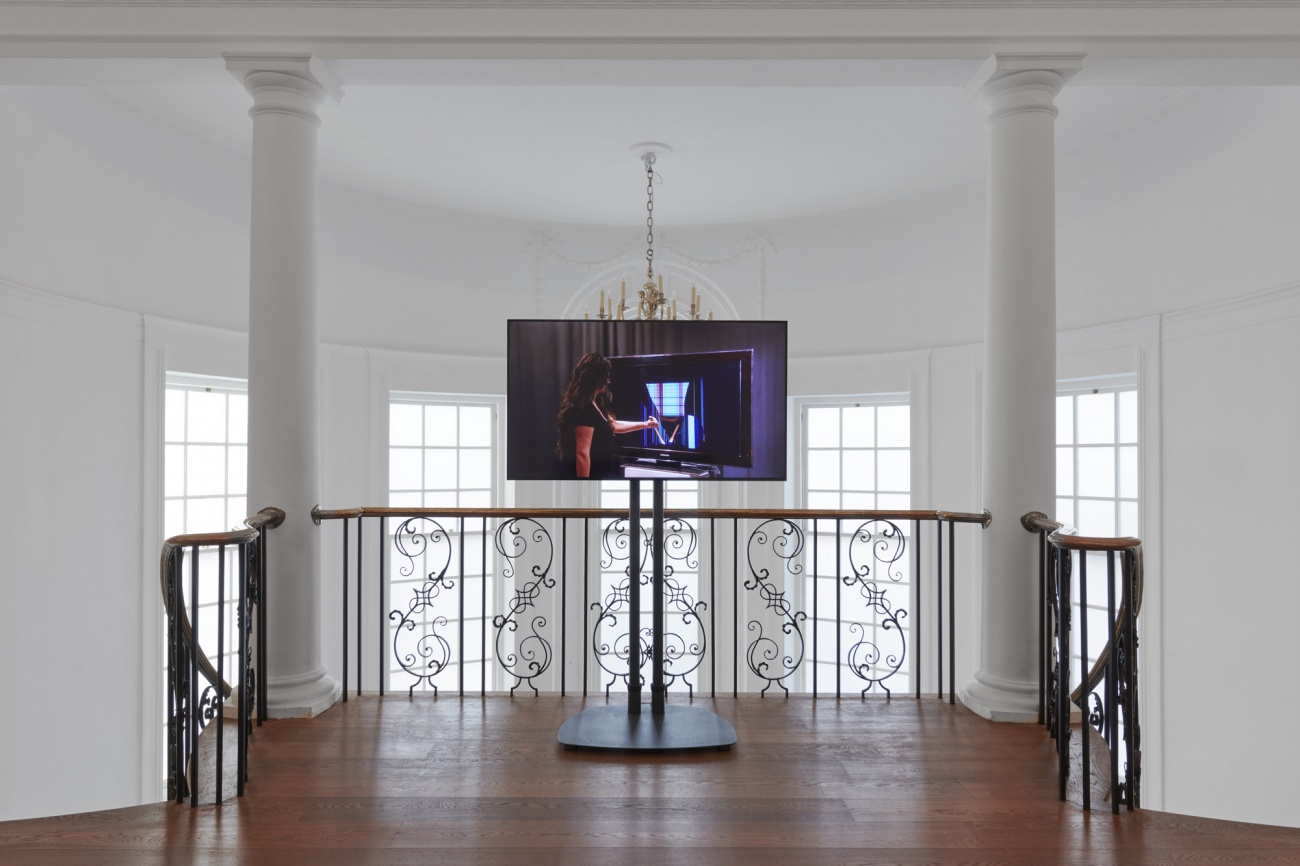 Reaching the first floor, Steyerl’s 2010 video ‘Strike’ occupies a liminal space at the top of the staircase. A black screen branded emphatically with the single word STRIKE is both a call to inaction and a premonition of the scene that immediately follows, in which Steyerl takes a chisel to a monitor and nonchalantly destroys it with one strike. Does she sabotage the screen in order to render herself unemployed? Is she relinquishing herself of the everyday oppression of the backlit void? Such a casual gesture recalls the conceptual withdrawals of artists like Lee Lozano and Christine Kozlov, as well as Guy Debord’s fabled petition to ‘Ne travaillez jamais’ [‘Never work’], which he scrawled on a Paris wall in 1953. 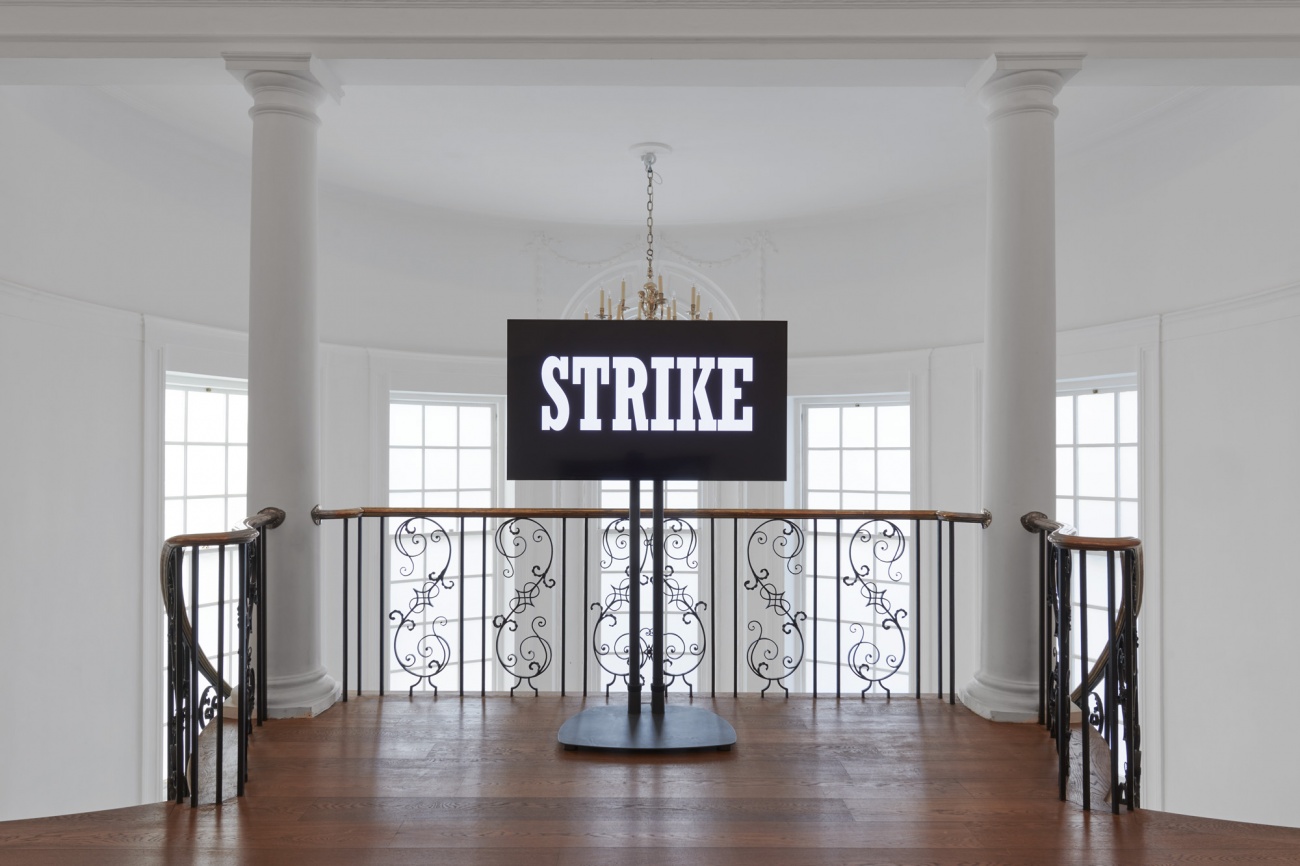 ‘”Life Captured Still” demonstrates the cartographic impulses of Farocki and Steyerl as they chart the geographies of income-generation and its exertions on body, society, and history.’

In the final room, the twelve-channel installation ‘Workers Leaving the Factory in 11 Decades’ (2006) appears to carry through Debord’s order, as Farocki surveys cinematic representations of employees pouring out into factory forecourts or industrial wastelands. Leaning in formation along the wall like a communal cigarette break, the screens present interchangeable scenes differentiated only marginally by time and language. In the final looping clip, Icelandic icon Björk plays an obstinate Czech-born, English-speaking immigrant to the United States in Lars von Trier’s Danish release ‘Dancer in the Dark’ (2000). The final word of her composite identity in a line-up of films by, among other luminaries, Fritz Lang and Michelangelo Antonioni, appears to compound Farocki’s interest in the quiet ubiquity of the image of the worker and in particular, the timeless and borderless conditions of toil.

Is it the city or capitalism that is the ‘everyday group hallucination,’ requiring a collective participation in order to be rendered visible? ‘Life Captured Still’ demonstrates the cartographic impulses of Farocki and Steyerl as they chart the geographies of income-generation and its exertions on body, society, and history. As Irit Rogoff writes, ‘Cartography is the signifying practice of both location and identity, a mode of writing through which we can uncover a set of general laws.’ Just as COVID-19 has encircled the globe suspending labour, travel, the intravenous drip of market stability, Farocki’s and Steyerl’s works become less video-essays than surgical manifestos so ambitious in perspective that they begin to picture the world. 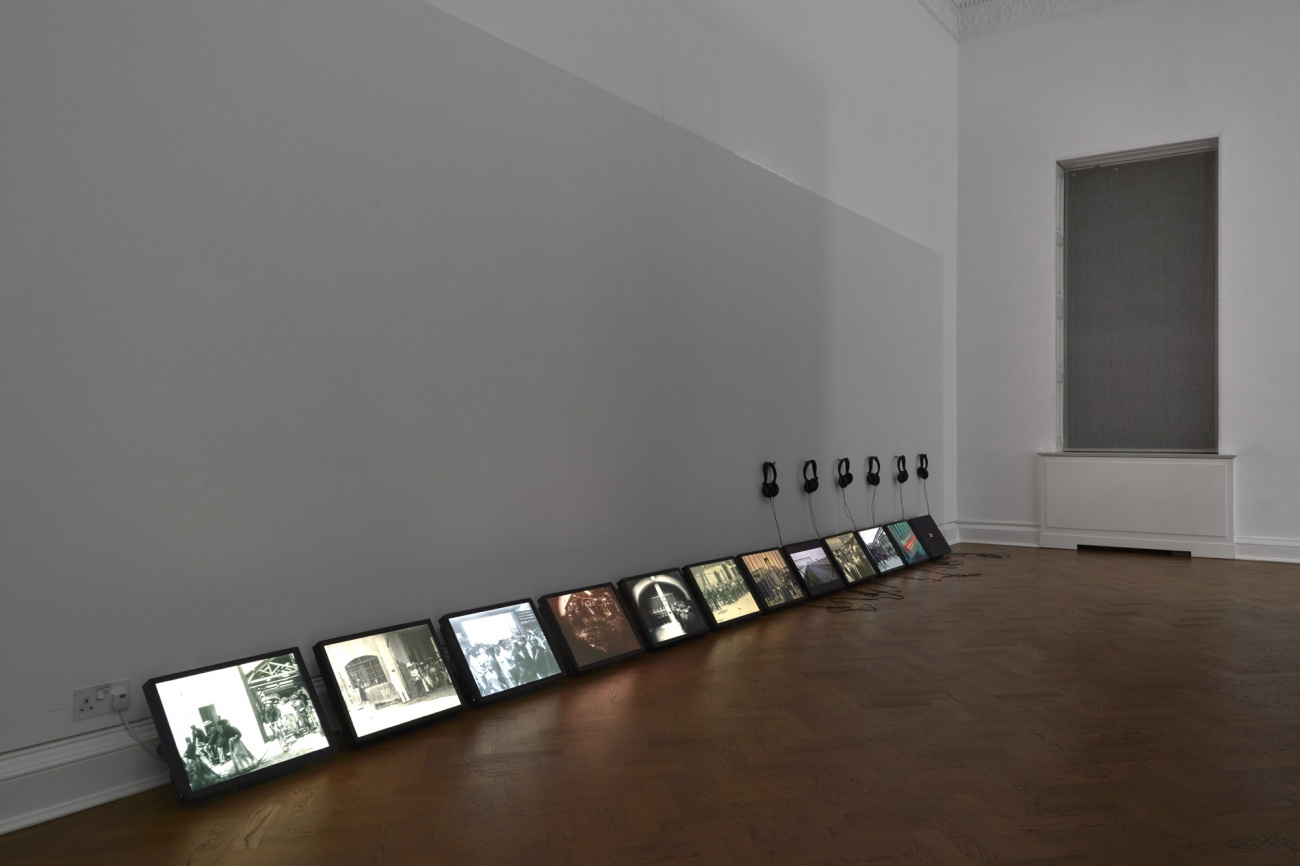 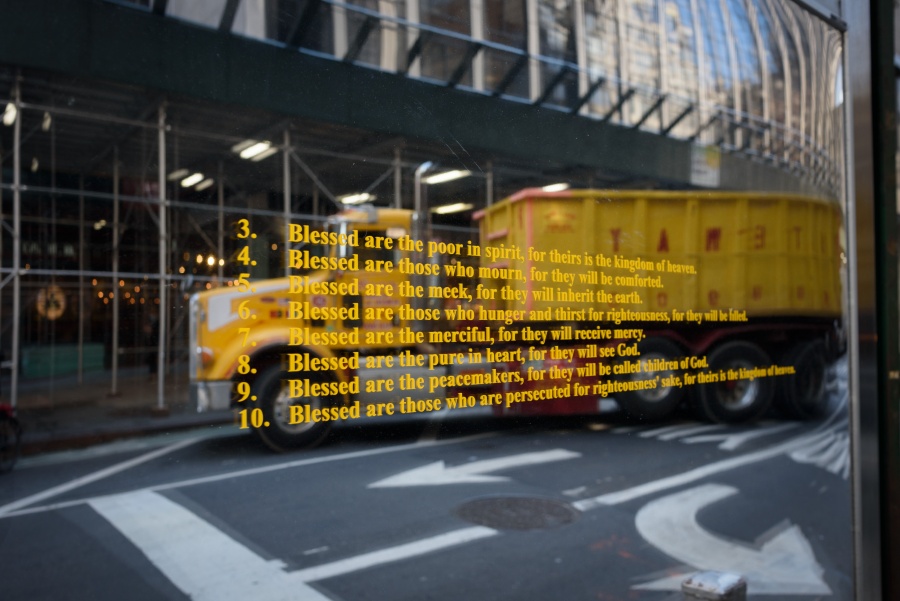 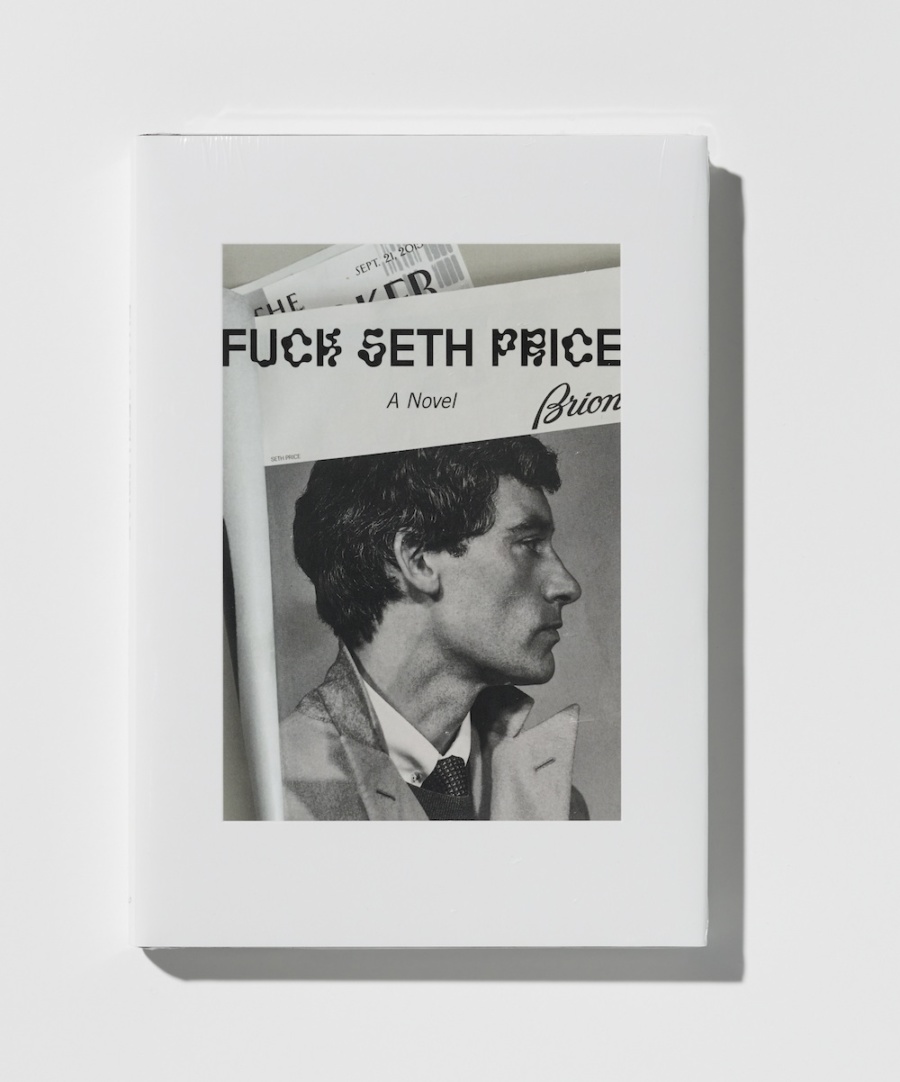