In 2015, a work by Luciano Fontana sold at auction for one-point-six-million euros. The work’s title, Concetto Spaziale, Attesa, marks it out as one of the Argentinian artist’s Concetto Spaziale series, which began in 1948; the work’s form, at once minimalist and violent, marks it out as one of the twentieth-century’s most fascinating artworks, a Schrödinger’s canvas in which everything and nothing is depicted. In prosaic terms, the painting is pure, cocaine white, and has been slashed almost from top to bottom, once, with what the viewer must assume is a straight razor. Less prosaically, the painting is a statement about painting; an attempt to draw attention to its own physical status as an object; a remembrance of the war; a repudiation of the art world’s interest in the surface; a device designed to slice through into what Fontana referred to as a ‘fourth dimension.’ It is also — obviously, since it has been sliced vertically rather than horizontally, and sex and life and birth are subjects rarely far from artists’ minds — a vulva, making it a kind of Spatialist reworking of Gustave Corbet’s L’Origine du Monde. (It is possible your kid could do this painting — I sincerely hope, however, that your kid would not be capable of inflecting it with this particular double-entendre.) It is, although this should not necessarily matter for an artwork, very beautiful: as crisp and startling and unnerving as a slash of arterial spray across an otherwise-untroubled snowdrift. It is probably this final quality that made the buyer consider it to be worth more than a six-bed country house — a sense that minimalist art, unfussy and pleasingly uniform, looks good in any space. ○ John Coplans, the photographer and critic, referred to a ‘finish fetish’ in contemporary art in the late sixties, meaning a fixation that persisted among artists, gallerists and buyers on the idea of clean surfaces, cool lines, high-shine aesthetics, and materials like glass and chrome and plastic, all of which conspired to flood the scene in Southern California with good-looking, flawless artworks that occasionally privileged surface over significance.

The best examples of the minimalist movement combine both aesthetic rigour, and conceptual piquancy.

(At least one of minimalism’s most feted artists, it ought to be noted, disagrees. ‘It is what it is,’ Dan Flavin once said of his gorgeous, sometimes spooky neons, ‘and it ain’t nothing else.’ Art critics, differing on this point, sometimes suggest that there is something of the divine in his work, a fact perhaps explained by Flavin’s onetime interest in studying for the priesthood.) Being an artist who makes minimalist art is, to employ a literary comparison, roughly the same as being a poet rather than a novelist or an essayist: it takes almost no effort when it is done badly, and a great deal of the artist’s blood and sweat to do it cleverly or elegantly. Deftness, not to mention a profound interest in economic practice — doing nothing as a means of doing, or of saying, something brilliant — is crucial to success. ○ A piece like Martin Creed’s work No. 227: The Lights Going On and Off, which is so minimalist it effectively does not exist, divides critics and audiences because it is as impossible to ascribe meaning to through explanation as a feeling. ‘It’s not just a matter of mood swings,’ Maurizio Cattelan wrote about work No. 277. ‘It’s something more basic and perverse: the inability to preserve joy. The need to measure it against a black background… I do not know what Creed was thinking about when he made [No. 277], but… I never found it funny, [only] frightening.’ The German philosopher Immanuel Kant once said that the sublime could be found ‘in a formless object, insofar as limitlessness is represented in it,’ defining the sensation of encountering it as a ‘feeling of momentary inhibition of the vital powers, and then immediately following an all the more powerful outpouring of them.’ In other words: an encounter with the sublime might feel a little, in a spiritual or emotional sense, like a light going off, then on. There are other ways to experience the same powerful outpouring of sensation from proximity to minimalist art, not least from a physical, three-dimensional form that achieves something like perfection, and which cannot help but make the viewer feel like he or she is being dominated, corralled, or intimidated. ‘The works register as material propositions of certain principles — chiefly, openness and clarity,’ the brilliant Peter Schjeldahl wrote in The New Yorker earlier this year, about the MoMA’s retrospective for the very object-focused sculptor, writer and designer Donald Judd, whose heavy, architectural constructions are the opposite of Creed’s ephemeral lighting. ‘They afford no traction for analysis while making you more or less conscious of your physical relation to them, and to the space that you and they share… Works by Judd are almost routinely beautiful, but coldly and even imperiously so, as if their quality were none of your business. If you have any feeling, it might be chagrin at being underqualified to cope with so rigorous a visual intelligence. He’s Donald Judd; you’re not… the second of the show’s four big rooms amounts to a Monument Valley of the minimalist sublime.’ ○ One of the greatest arguments for the transcendent power of simplicity in twentieth-century-through-twenty-first-century art comes from an artist who could never be described as a minimalist, Damien Hirst. The sculptures from his comeback show at the 2017 Venice Biennale, Treasures from the Wreck of the Unbelievable, depicted the supposed spoils from an ancient recovered shipwreck: huge, baroque, meticulous and fantastical, they left critics fairly cold, their craftsmanship more striking than their actual message. What made Hirst’s early, iconic work so interesting had been its pairing of bombastic, stark components — in The Physical Impossibility of Death in the Mind of Someone Living, a vitrine, formaldehyde, and a thirteen-foot tiger shark, and nothing else — and stark, bombastic themes, particularly those of terror, life, and death. ‘The shark,’ Roberta Smith wrote in The New York Times in 2007, ‘is simultaneously life and death incarnate in a way you don’t quite grasp until you see it, suspended and silent, in its tank.

‘…It gives the innately demonic urge to live a demonic, deathlike form.’

What could be more impressive or more overwhelming in an artwork — more capable of inducing ‘a feeling of momentary inhibition of the vital powers, and then immediately following an all the more powerful outpouring of them’ — than this? Hirst’s 250-strong team of studio workers, a creative beehive labouring under one extremely rich queen bee, have not improved the artist’s work — only made it busier, less impactful. ‘It’s amazing what you can do,’ Hirst declared, simply, on winning the Turner Prize in 1992, ‘with an E in A-Level art, a twisted imagination and a chainsaw.’ Sometimes, this is all it takes to touch the face of God. 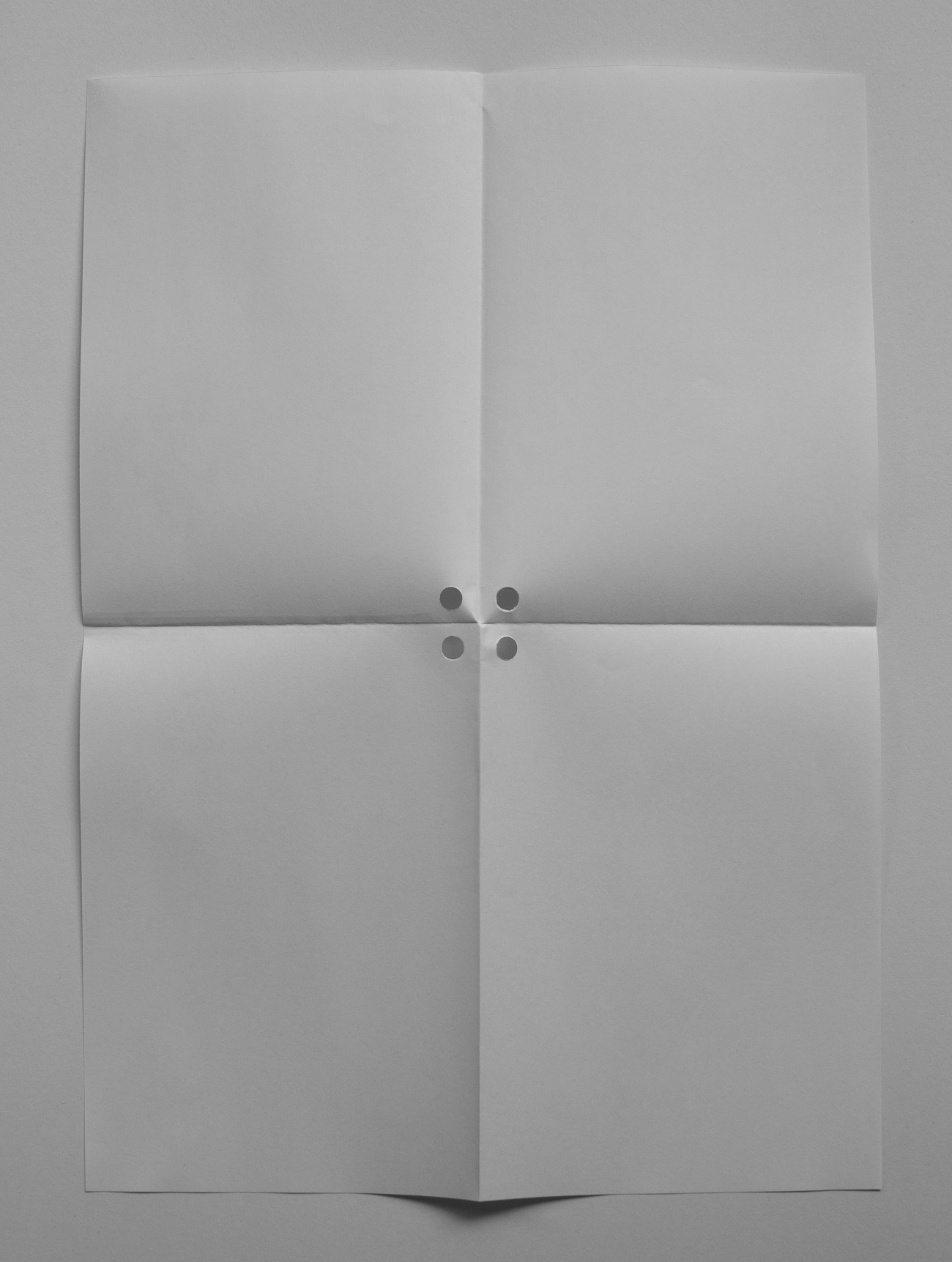 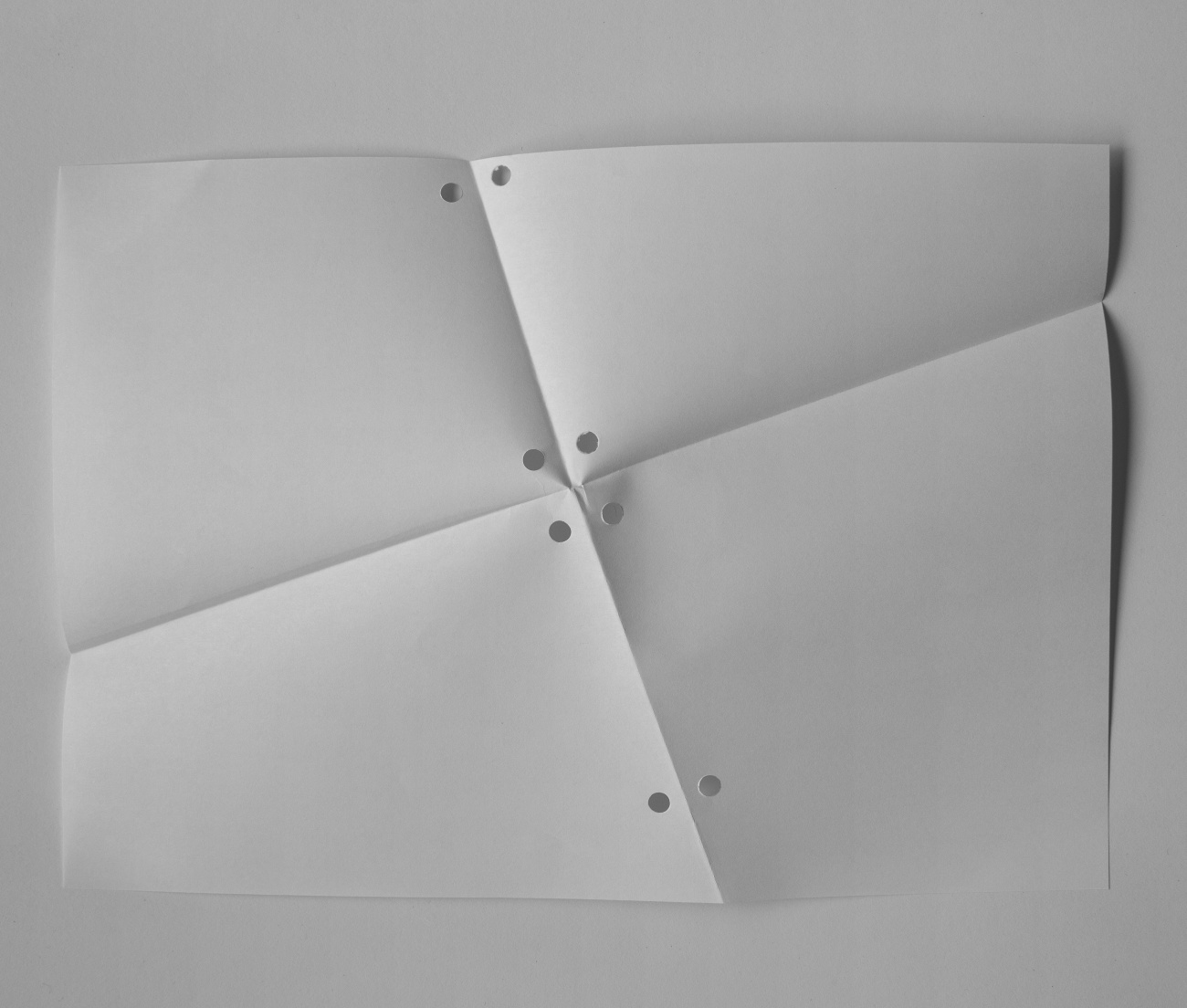 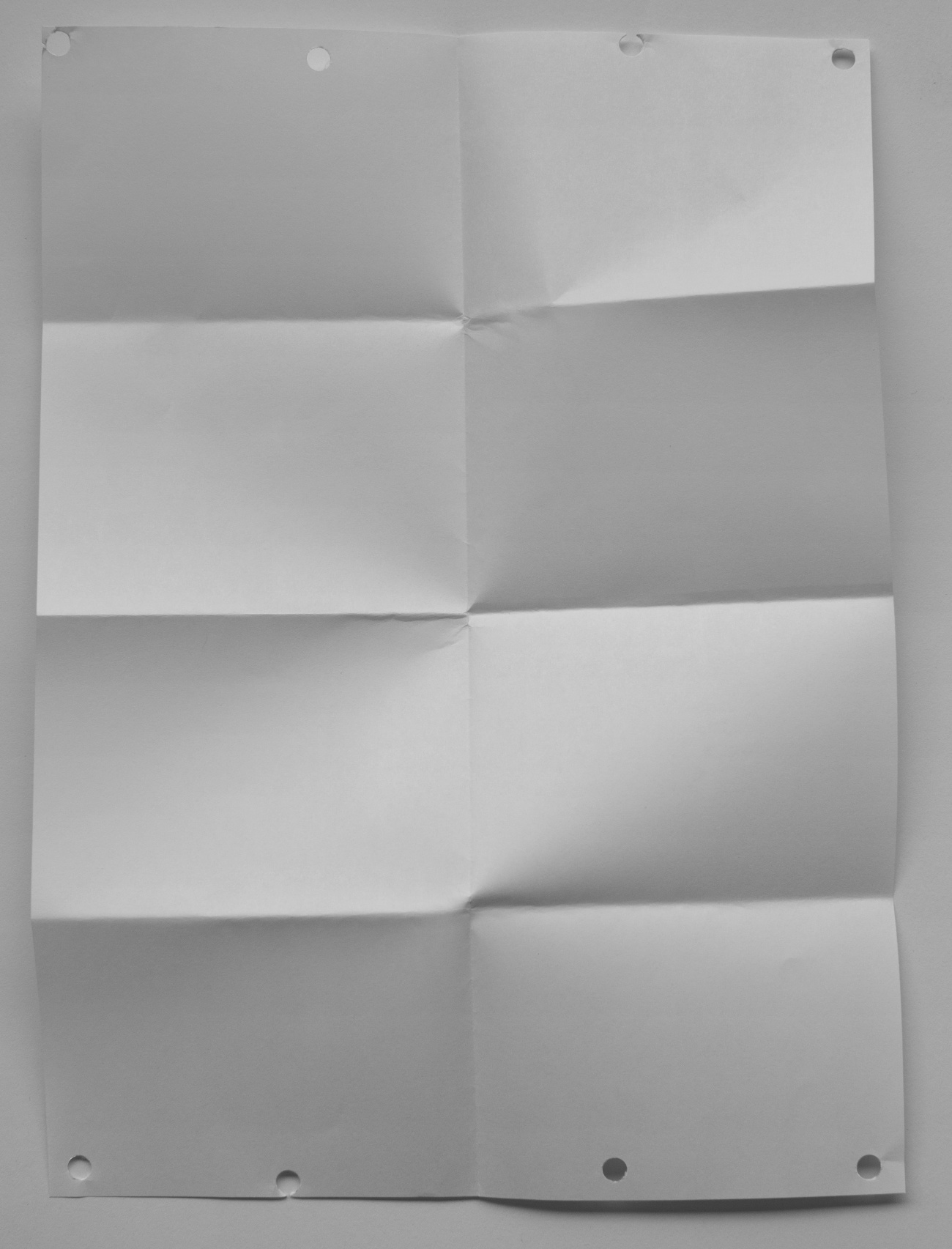 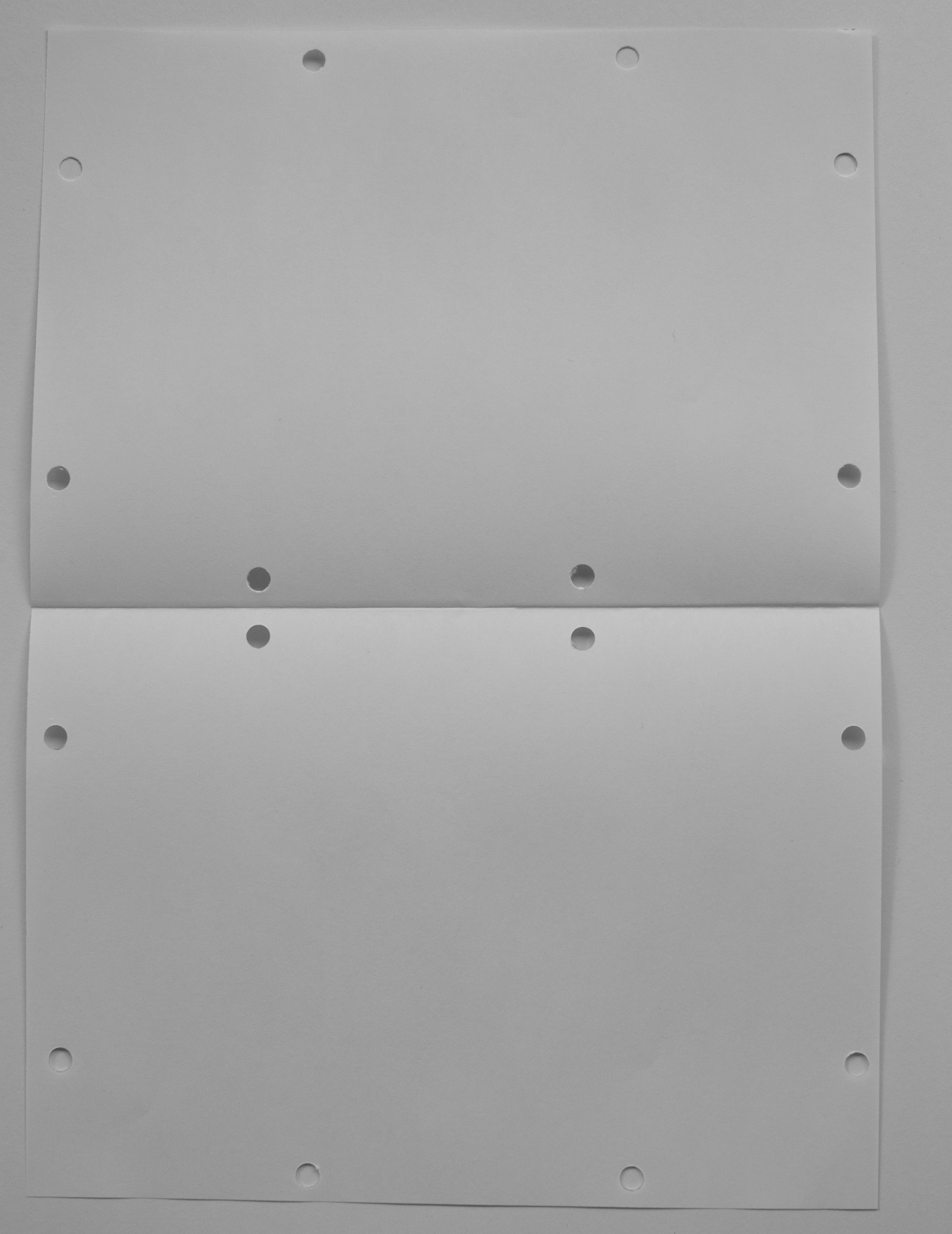 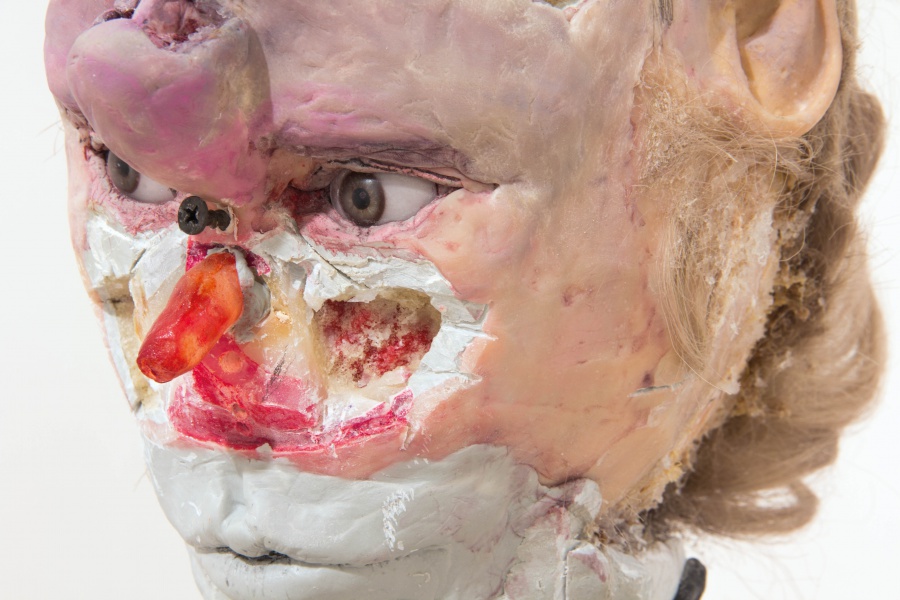 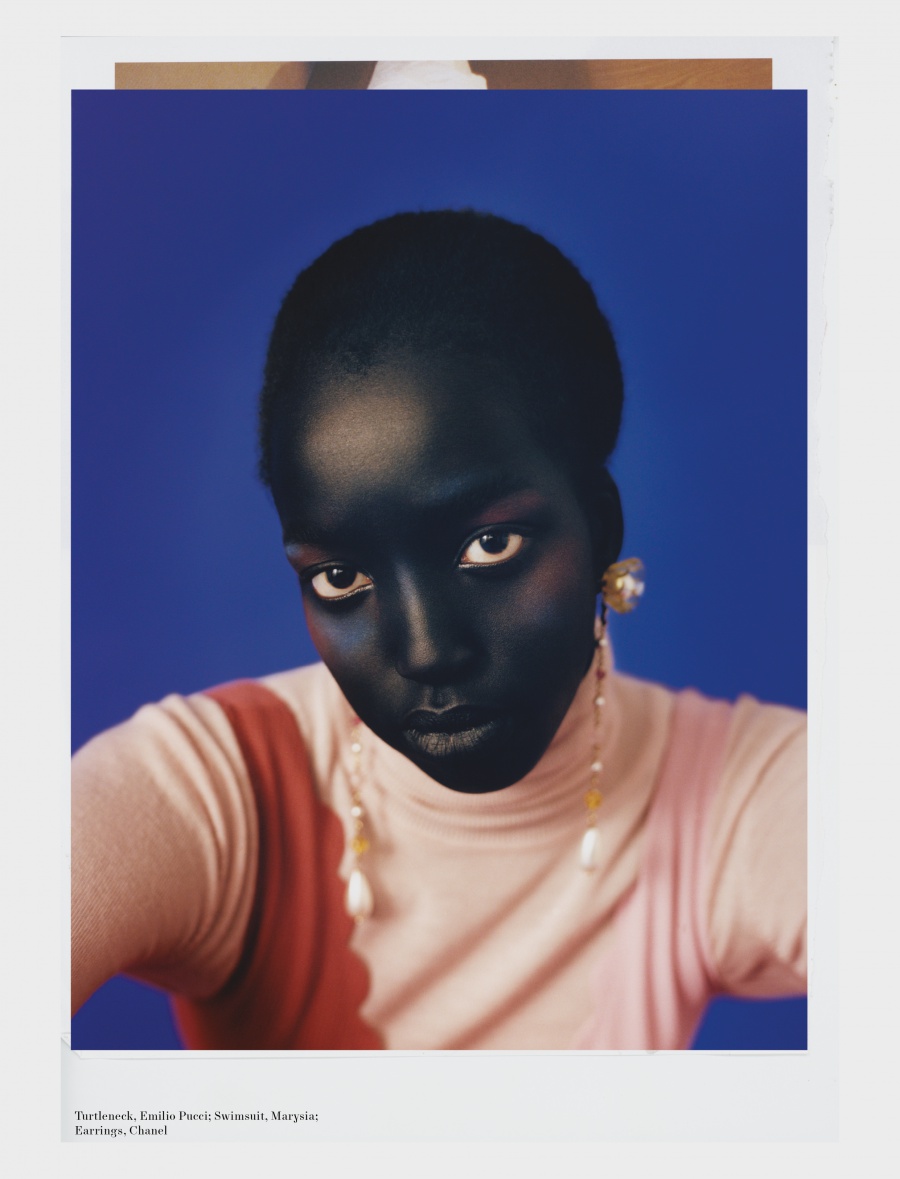